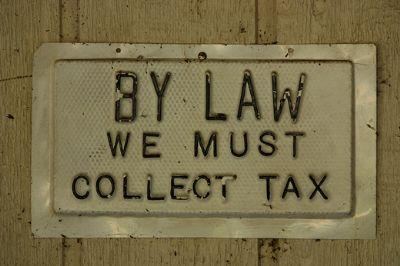 In his 2009 Budget, Chancellor Alistair Darling announced a series of measures to protect the tax system from abuse and ensure that all individuals and businesses pay their fair share of tax.

A HM Revenue & Customs (HMRC) statement said that the government is “determined to challenge tax evasion and tax avoidance, which undermine fiscal stability, damage the delivery of policy objectives, impose significant costs on society and shift a greater burden of tax onto ordinary taxpayers”.

The key measures to tackle tax evasion include publishing the names of deliberate tax defaulters and a new offshore disclosure opportunity.

The government calculates that these measures will raise over one billion pounds Sterling over the period October 2009 to December 2011, and protect a further three billion pounds per year of tax receipts by November 2010. It is estimated that one in every 20 adults in the UK – two million people – evade tax in one way or another.

The government will need every penny of tax revenue it can get its hands on.  Following the Budget, the Institute for Fiscal Studies (IFS) calculated that the government needs to raise 90 billion pounds each year to fill the back hole – but only half of this was accounted for in the Budget.

While the Budget included a new 50 per cent tax rate for those earning over 150,000 pounds, the Treasury has since admitted it could lose money because of the “behavioural effects” of the next tax.  The director of personal tax at the Treasury, Mike Williams, told the Treasury Select Committee that less than 40 per cent of the potential tax yield will probably be collected.

Tax evaders to be named and shamed

Under Treasury plans, from next year HMRC will start to publish the names and addresses of individuals and companies who have underpaid 25,000 pounds or over in tax.

Those found to have underpaid by between 5,000 pounds and 25,000 pounds will be given a “tax Asbo” whereby they will be closely monitored by tax inspectors.

Those who make “unprompted disclosures” will not be included in the list.

The plans will be debated by parliament later in the year.

Darling reportedly hopes the scheme will raise millions in pounds as tax evaders come forward to avoid having their names published.

The Budget report announced that: “A New Disclosure Opportunity (NDO) for holders of offshore accounts will run until March 2010. This will give holders of these accounts the opportunity to disclose, of their own accord, if they have unpaid tax or duties to settle debts.  HMRC is seeking to issue notices requiring financial institutions to provide information about offshore account holders.”

The NDO will run from this autumn and will give those who have unpaid tax connected to their offshore account “one final opportunity” to disclose and put their affairs in order.

Chris Oates, tax investigations partner at Ernst & Young, described the NDO as a “last-chance saloon for all tax evaders to make a disclosure and settle on a financial basis with HMRC”.  He added, “It is an offer they should not refuse”.

No start date was given and in particular no information on what penalties will be imposed (to be paid along with the tax owed and interest). In the 2007 Offshore Disclosure Facility penalties were applied at 10 per cent. Normally penalties are at least 30 per cent and can be as high as 70 per cent for deliberate inaccuracies and 100 per cent for concealment.

HMRC is contacting major banks to ask them to identify clients who may be breaking the law. This will encourage people to come forward voluntarily before they are investigated, and help the Revenue trace those who do not make a disclosure.

Revenue to spend one billion pounds on tax enforcement

Following the budget, HMRC announced that it will spend a quarter of its four billion pounds budget this year on measures to cut tax evasion and avoidance by 2.4 billion pounds.

HMRC chief executive, Lesley Strathie, said, “In the current difficult financial climate, it is more important than ever that HMRC helps and supports customers fulfil [their] obligations while relentlessly pursuing those who bend or break the rules”.

It is likely that taxpayers will suffer increased scrutiny and inquiries into their tax affairs, including many who have done nothing wrong.

While these are all measures aimed at those who pay tax in the UK, expatriates may get caught up in the investigations. Exchange of information between EU countries could mean that the UK authorities pass on any suspicious information they come across to the bank holder’s local tax authority.

With all European countries facing tax black holes due to the economic downturn, others may follow the UK’s lead.

The European Parliament welcomed the G20 Summit declaration that “banking secrecy is over” but also recommended that the EU should adopt its own “an appropriate legislative framework regarding tax havens” and called on its international partners to do the same.

There are arrangements available within the EU which allow taxpayers to lower their tax bill in legitimate manner, and which in many cases result in paying less tax than if they held their capital in an offshore bank in the Isle of Man or Channel Islands, which apply a 20 per cent withholding tax under the EU Savings Tax Directive. Speak to an experienced financial adviser to find out if you are able to use such arrangements to lower your tax bill.