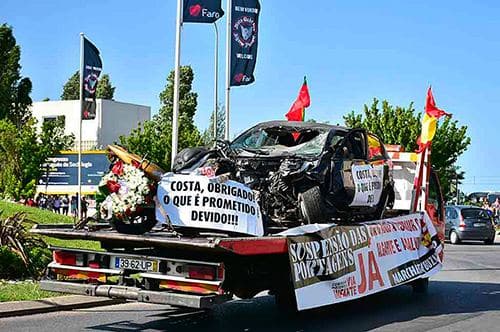 Portimão were again unlucky not to bring home at least a point from their latest outing to Lisbon.

On the contrary, the Algarvians came back strongly forcing Portugal keeper Rui Patricio into making a string of top class saves before Pires finally reduced the deficit in the 68th minute.

“It was not at the Alvalade that Portimonense accepted relegation,” Azenha said afterwards. That issue was kept alive by a subsequent 4-0 defeat by Porto of closest rivals Setubal who must face Sporting in the capital next.

Should that game go according to form and Portimão defeat Maritimo at home on Sunday, a last game winner-takes-all showdown will take place between Setubal and Portimonense on May 15. Skip Bandele