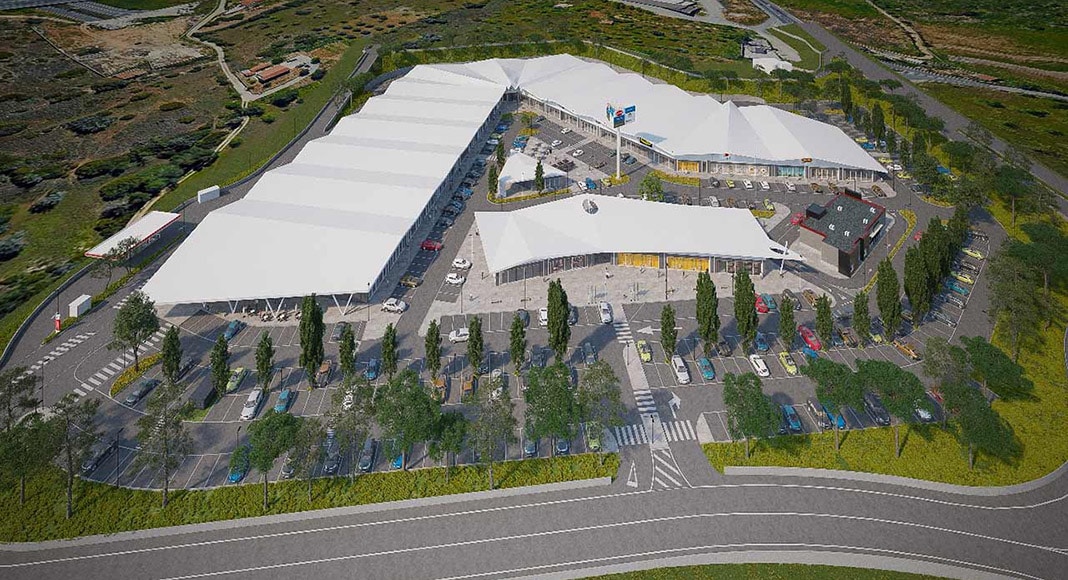 The Sudoeste Retail Park – described as the “largest retail park in the Algarve” – will be inaugurated this Friday, June 10, in Alcantarilha, Silves.

The new commercial outlet is located near Alcantarilha’s main western roundabout on the EN125 road and near the A22 motorway access roads.

It will feature 19 stores, including a Continente Bom Dia supermarket, a Burger King restaurant, home décor stores such as Hôma and Espaço Casa, a Rádio Popular electronic goods store, and a Sport Zone store.

A special campaign to celebrate the opening will take place on Friday, Saturday and Sunday. For every €25 shoppers spend at the retail park, they will be entered into a draw to win over 700 prizes.

“We believe projects like these represent a positive change for the region, creating hundreds of jobs,” said Vítor Rocha, CEO of Retail Mind, the Spanish developer behind the new retail park.

The design of the retail park was created by architecture and engineering company Work3, while Telhabel Construções was in charge of construction.

Sudoeste Retail Park will be open every day from 9am to 10pm.