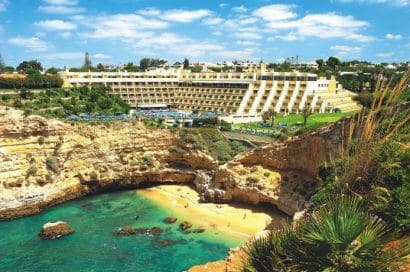 In what has been named the “largest hotel deal ever in Portugal,” Thai group Minor International has finally completed the takeover of all of Tivoli’s hotels and resorts (12 in Portugal and 2 in Brazil) for a confirmed €294 million.

“This is the start of a new cycle, a promising one, in the heart of the Minor Hotel Group,” said Tivoli CEO Filipe Santiago announcing the deal.

The purchase has taken over a year. It started in January 2015, when Minor bought six Tivoli hotels: four in Portugal – the Tivoli Lisbon, Tivoli Marina Vilamoura, Tivoli Carvoeiro and Tivoli Marina Portimão – and the other two in Brazil – the Tivoli São Paulo Mofarrej in São Paulo and the Tivoli Ecoresort Praia do Forte near Salvador da Bahia.

Then negotiations hit a wall when Espírito Santo Hotéis – the company that Rioforte used to manage the hotels – went bankrupt in May as it failed to approve a revitalisation plan (PER).

According to Diário Económico, Minor was forced to take on the group’s liabilities to the tune of €62.5 million.~

Minor has announced an additional €50 million investment to refurbish some of the hotels, which “need a lot of work”, and plans to globalise the Tivoli brand.

“There is a lot of potential in Africa, the Middle East and Asia. We want to make Tivoli a global brand in the next five years,” said Dilip Rajakarier, the executive president of Minor.

With the Tivoli takeover, the Thai group lifts its hotel tally to 145. According to Reuters, plans are to have 190 by 2019.