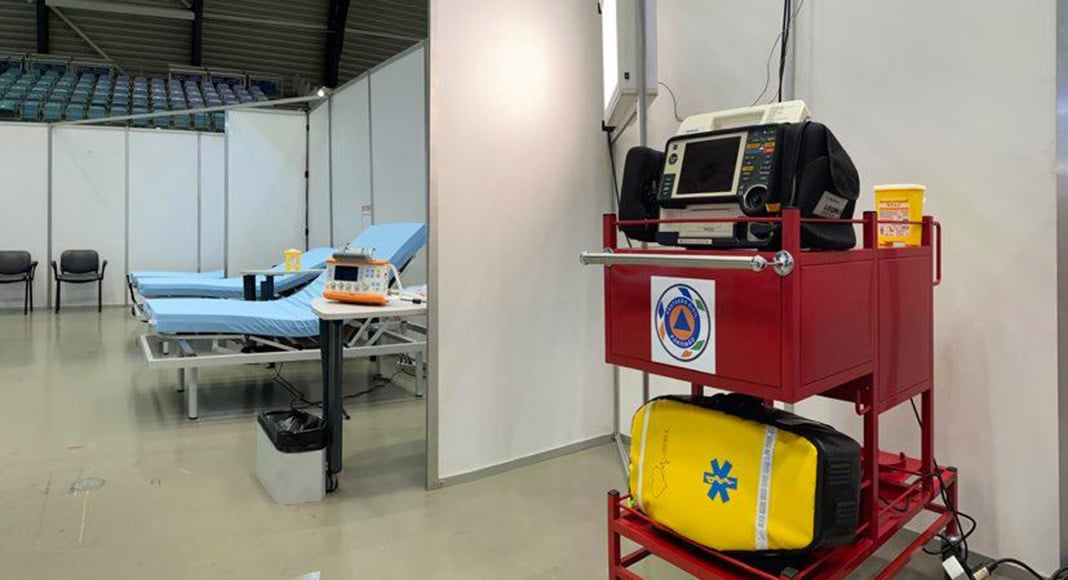 The good news of the second week since emerging from lockdown is the fact that “a large part” of the field hospitals created in Portugal to take in victims of Covid-19 were never used. Not even for one patient.

The majority of hospitals are thus empty, and on the point of being ‘deactivated’.

This doesn’t mean packed away: they’ll be kept ‘up’ in case of a ‘second wave of infections’.

Again, no one can be sure that there will be a second wave, nor when it might come – though this winter is the most likely time.

So was it all ‘too much/ a waste of money and effort’?

Not at all, says the mayor of Santarém Ricardo Goncalves. We all saw how dire the situation became in countries like Spain and Italy – and this country has learnt, from the deadly fires of 2017, how much ‘being prepared’ can make all the difference, he said.

Portugal’s efforts have not been excessive, he insisted. “Nothing can be called excessive when one is talking about Civil Protection. It is much better to exceed oneself than to fall short”, he added.

The costs to the country in terms of these hospitals has not been widely broadcast. One that was in fact used was the 320-bed Rosa Mota pavilion in Porto, which ended up taking 27 patients, all of whom have since recovered and been discharged.

The Lisbon field hospital with 500 beds, never took any patients, neither did two field hospitals constructed in the Algarve: one in Faro, the other in Portimão.

A source for Portimão council told Público: “Whenever there is a situation of catastrophe two field hospitals have to be erected in the Algarve, one here the other in Faro. Thus we are all ready and fully equipped, to the point that even articulated beds were purchased”.