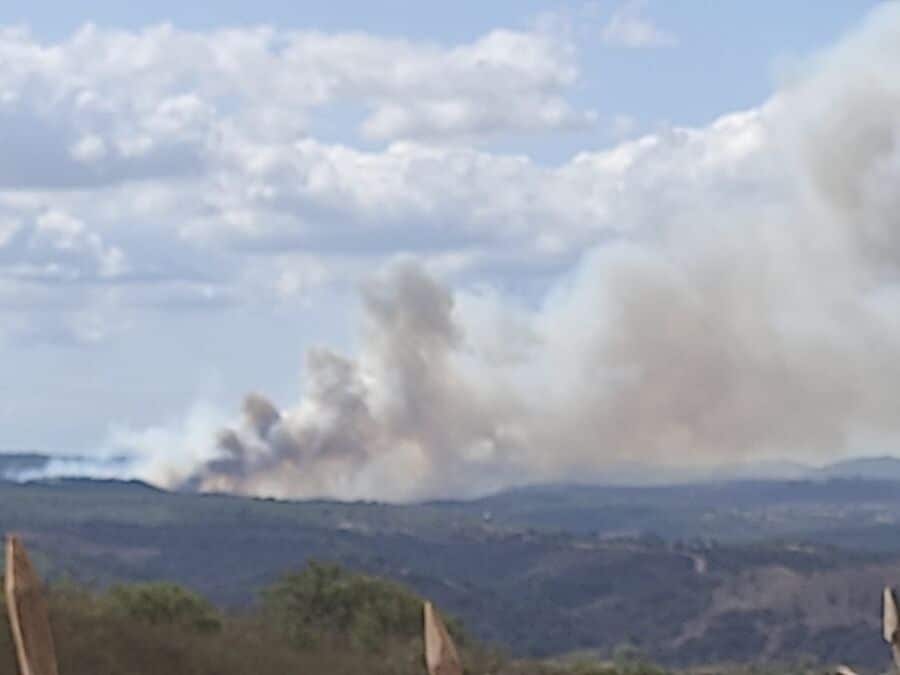 Fire began near São Teotónio around 12.30 (UPDATE: brought under resolution in early hours of Monday morning)

Firefighters from various stations in the Alentejo and Algarve have been racing to help colleagues already tackling a rural blaze that began just before lunchtime today, near São Teotónio, in the borough of Odemira.

Close to the Algarve border, the fire is in an area known as Medronheira, and has been rapidly gaining support in the form of boots on the ground, as well as firefighting planes and helicopters.

The number of firefighters involved had reached 149, backed by 41 appliances. This is slowly increasing as the afternoon progresses.

UPDATE: Fire finally brought under ‘resolution’ in early hours of Monday morning. Over 250 firefighters stayed controlling this incident through the night.