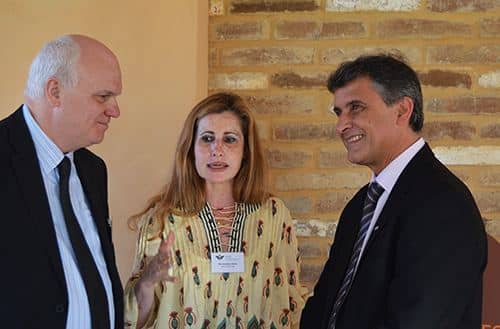 A male Ocelot cat, also known as a dwarf leopard, was welcomed by the Lagos Zoo family last week.

Although the natural habitat of the Ocelot remains in North America, the species is fast becoming extinct due to hunters who kill them for their skin and the black market which seeks the endangered animal to sell as house pets.

The animal is currently settling in to her new home.

While one animal is welcomed by the Lagos Zoo, another is leaving for a new home in Madrid, Spain.

The Zoo bid a “proud goodbye” to one of their Red Lemurs on Tuesday, who will be joining another family of primates under the ‘conservation of a species’ programme.

Currently, the species is only found northeast of Madagascar, however it is in serious danger of extinction.

In order to encourage the healthy reproduction of Red Lemurs, zoos throughout the world work together to ensure species within captivity do not inbreed, thus their transferral to other locations.