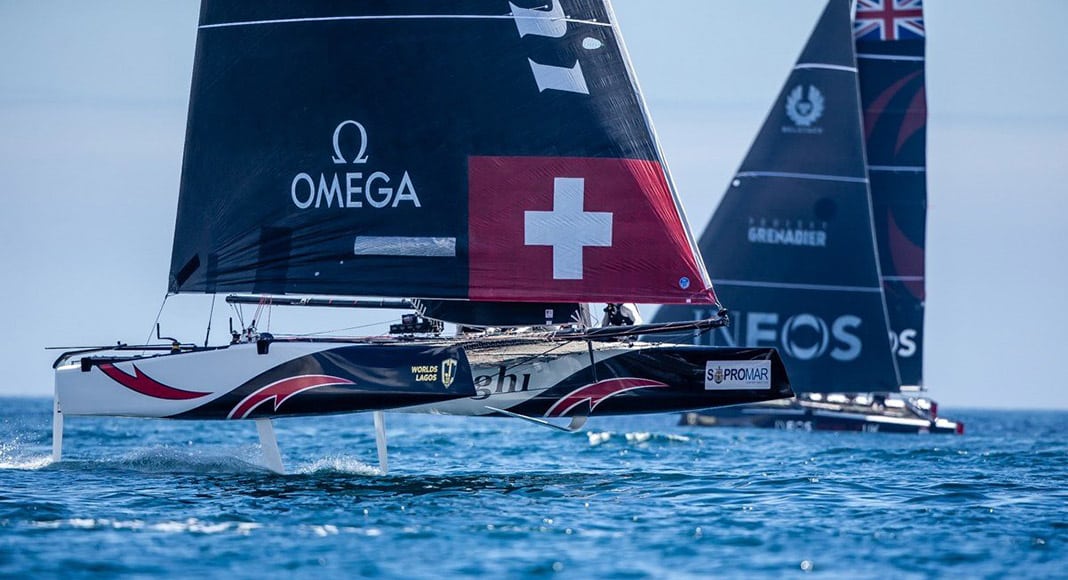 World-class sailing will return to Lagos in 2022. Organisers of the GC32 Racing tour have confirmed that the Western Algarve town will host two GC32 events this year, including the second stage of the tour (GC32 Lagos Cup) between June 22 and 26 and the World Championship between July 13 and 17.

As the organisers point out, “the GC32 remains the only foiling catamaran ‘yacht’ officially permitted to hold World Championships.”

Lagos was the town chosen last year to resume the flying catamaran circuit after 18 months of events cancelled due to the pandemic. “To minimise travel, two consecutive events were held there, a formula welcomed by the teams and the local Portuguese hosts, so this will be repeated again in 2022 with the generous support from the City of Lagos, Marina de Lagos and Sopromar and other supporting partners,” the organisers stated.

Meanwhile, the news has been warmly welcomed by Lagos Mayor Hugo Pereira.

“The continued choice of our territory, especially of our attractive bay, for such a prestigious event as the GC32 Racing Tour, and this year, additionally of the World Championship, makes us more and more proud and motivated to continue working to support sports of excellence, to improve the needed space and technical settings, and to promote our unique and fantastic ‘ecosystem’ internationally.

He added: “The sea has been, from our early history, the epitome and unavoidable in the definition of Lagos as a territory of excellence, so, despite the constraints of the COVID-19 pandemic, it is with renewed enthusiasm that we express all our support and recognition of this event that brings the best to Lagos and, at the same time, shows Lagos to the world from a unique perspective.”