Thank you for publishing my letter last week. In an attempt to draw a line under this issue, I would like to make a few closing comments.

Your published photograph serves to illustrate the isolation in which I carry out my legal exercise as well as its validity for approved ‘health reasons’ under the government lockdown laws. Sculling has been on the Olympic agenda for a hundred years. It also shows the small size of my scull and the reason for my fear of close encounters with 10-metre-high powered patrol boats.

A word or two about my encounter. At one point, the Polícia Marítima boat had my oar jammed under its hull and was pushing me towards the rocks alongside the causeway on the eastern side of the harbour entrance. There was contact and it was frightening. The questionable driving skills and behaviour of these officers was endorsed the following weekend when they harassed surf boarders and ran aground.

I finally convinced the two unmasked officers on the vessel to stop their ramming routine and follow me to a safer place in the fish dock slipway. On the slipway, I was able to stand up and talk to the man and, without argument, I gave him my address and ‘phone number for which I showed my mobile.
He then said he would fine me and confiscate my boat and left. I have had no further communication from Polícia Maritima who must now realise that my activities were within the rules of the Gov.pt website.

On Friday, February 26 I went rowing as usual staying well clear of any beaches. Near the bridge at the head of the harbour, I met two uniformed GNR officers in a powerboat who waved and smiled at me. I take this as a common-sense endorsement of my legal right to carry on with my ‘free sporting activity’.

I launched from the fish dock slipway as usual among locals looking after their boats and took photos to prove the apparent legality of use of this place far away from ‘beaches’. I wear my Go Pro as insurance against further attacks on the water.

Several walkers, taking their own ‘legal exercise’ on the promenade, waved to me and there is now an international interest on Facebook, so I feel somewhat protected. 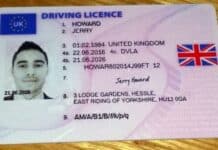 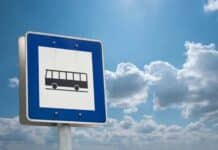 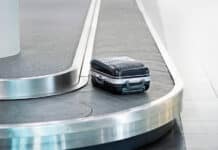