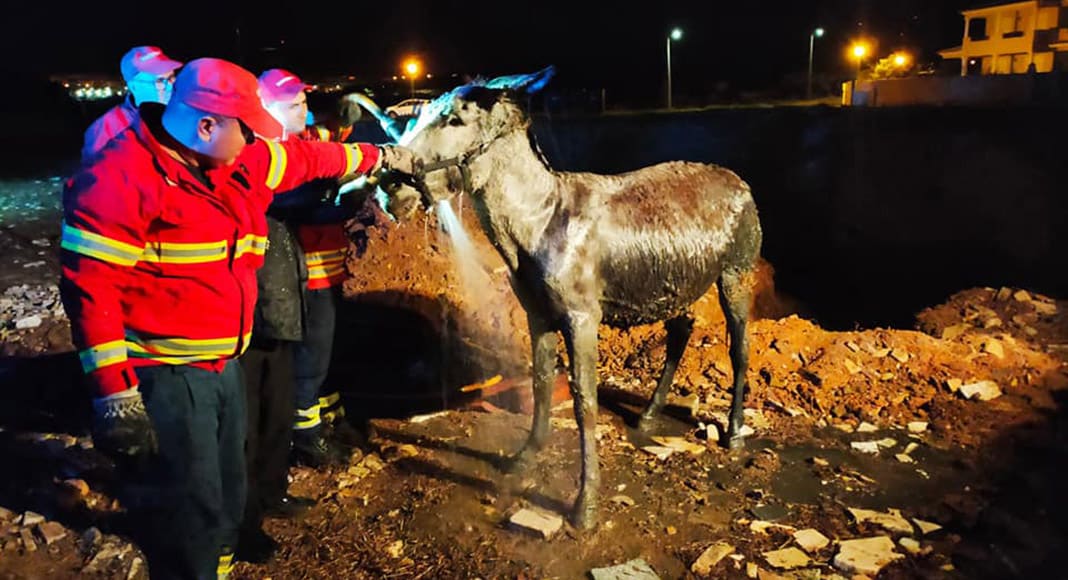 A donkey had to be rescued by Lagos’ volunteer firefighters after it fell into a ditch near the local aerodrome in the early hours of this Thursday morning (September 24).

The ditch was so muddy that the animal was unable to get out on its own, prompting its owner to call the local fire station for help at around 1.30am.

Photos posted on the fire brigade’s Facebook page show the donkey being hoisted to safety with the help of an excavator in an operation that lasted around three hours.

“It was night-time which always makes rescue operations harder, and we had seen that the animal wasn’t hurt,” Lagos fire commander Márcio Regino told the Resident.

However, he added that the firefighting force is equipped and prepared to act more swiftly in cases of imminent danger.

The animal, which was unharmed despite the stressful situation, was handed over to its owner after being safely lifted from the ditch.

Says the fire commander, these kinds of animal rescues are uncommon but not unheard of.

“We have rescued donkeys, horses, cows and other animals before, but these are not every-day situations,” he told us. 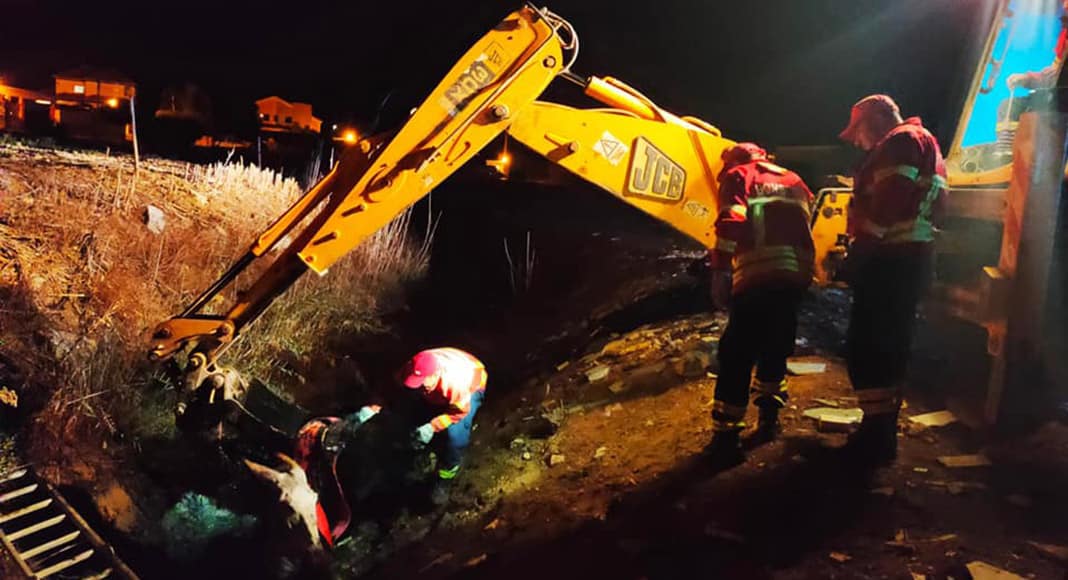 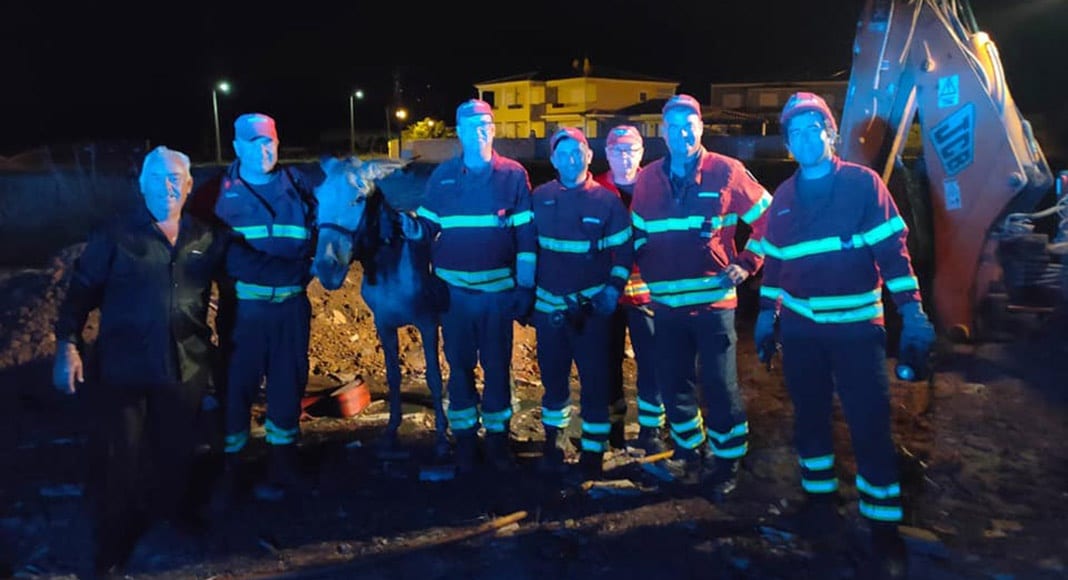