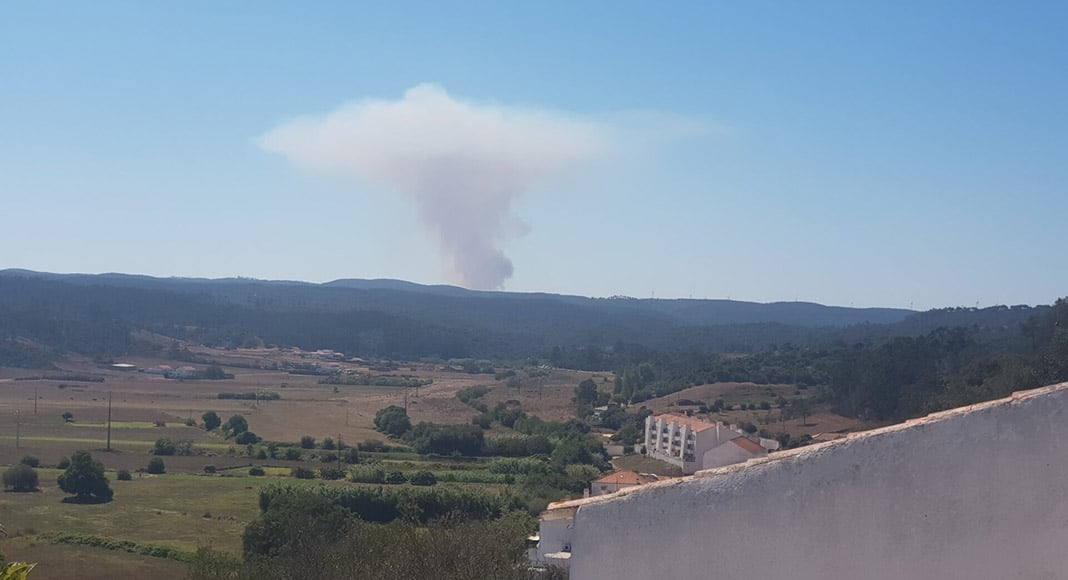 A wildfire which raged for around 11 hours on Saturday near Bensafrim, north of Lagos, is believed to have started accidentally.

Reports Correio da Manhã tabloid, GNR police have identified a 47-year-old German man who believes he started the fire unintentionally while using machinery to clear land near the motorhome he lives in.

Adds CM, the man was “very nervous” and admitted to the police force “immediately that it was very likely he had started the fire.

“His actions were not intentional and the fire risk at the time did not prevent the activity that the man was performing,” the tabloid reports.

The blaze, which started just after 11am near the hamlet of Feiteira, was battled by over 200 firefighters, aided at one point by 10 helicopters and planes.

According to the regional command of rescue operations (CDOS Faro), the flames did not damage any properties. However, firefighting efforts were hampered by the “intensification of the wind” which forced firefighters to “constantly reposition their firefighting means.”

Traffic on the EN120 national road was cut off for hours due to the proximity of the flames.

There were two active fronts at one point, but firefighters were able to bring one of them under control at the start of the afternoon. The blaze was declared completely under control at 10.45pm.