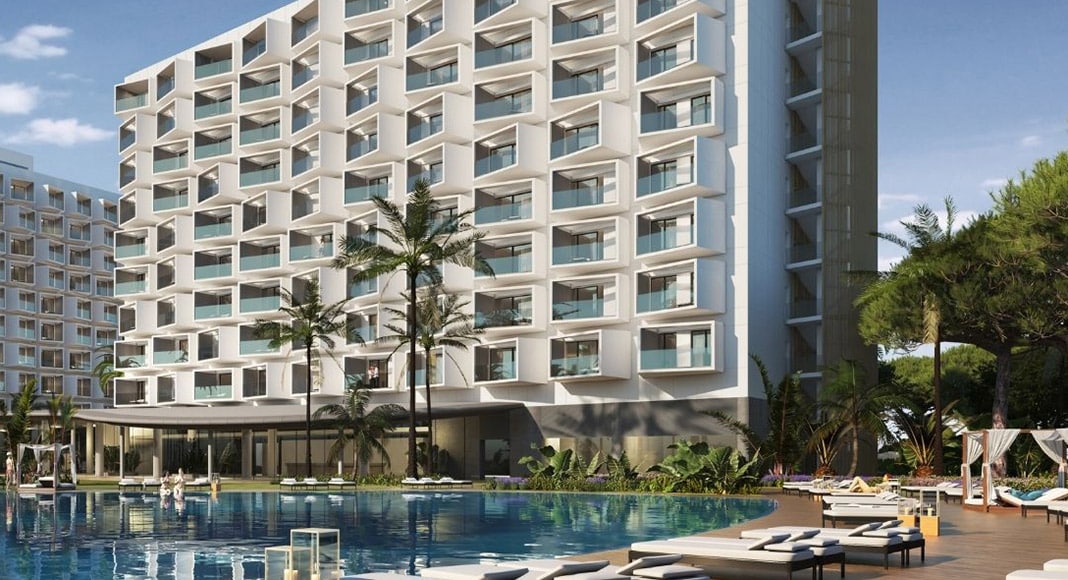 Two unfinished and abandoned apartment towers in the Ponta da Piedade area of Lagos, commonly known as ‘Torres da Crotália’, are due to be demolished to make way for a new five-star resort.

The announcement has been made by Portugal Sotheby’s International Realty, which revealed that the project is led by Grupo Ferreira.

The demolition of the towers will begin on Monday (August 16) with a presentation event that is due to be attended by local and national politicians, investors and members of the private entities involved.

The Sun Cliffs Resort, as it will be called, was designed by architecture firm Intergaup and will feature a 204-room hotel that will be led by the Sonae Capital Group and an apartment building with 72 one- and three-bedroom apartments.

Says Sotheby’s, “the Sun Cliffs Resort will be born in an emblematic location that is especially meaningful to the borough of Lagos.

“With the demolition of the two Torraltinha skeletons, also known as the ‘Torres da Crotália’, which started being built in the 1960s but were abandoned during the April 25, 1974 revolution, a new chapter of the history of Lagos and the Western Algarve will begin,” it adds.

The real estate company says the project will also represent the “definitive renovation of one of the most remarkable landscapes of the Algarve – Ponta da Piedade.

“With considerable investments already approved for the renovation of the area including the Ponta da Piedade lighthouse and the Praia do Camilo and Praia da Dona Ana boardwalks, the development will be part of the transformation of the area,” it says, adding that the project will help turn what was considered for decades an eyesore into an “exclusive development” known for “refinement, quality and environmental responsibility”.

More information about the resort is due to be revealed on Monday when the demolition of the two towers will begin.

In April, the local council confirmed that a series of improvements were in the pipeline for the Ponta da Piedade area.

According to the council, improvements include a series of land restoration initiatives, the construction of boardwalks over the existing walking trails to provide more “safety and comfort” and efforts to protect the area’s cliffs.