A motion urging the government to include the construction of a new hospital in Lagos in the 2019 State Budget has been unanimously approved by the Lagos’ municipal assembly.

In a statement, it says that Lagos Hospital plays a key role in supporting the populations of Lagos, Aljezur and Vila do Bispo in particular, but also the many thousands of people who visit the so-called ‘Terras do Infante’.

It also highlights a series of “insurmountable issues” that make it impossible to carry out renovations to the current hospital. Expanding the hospital is “impossible as the land around it is not enough” and also because it is linked to the town’s old walls, which are classified as a national monument.

The municipal assembly also wants the local hospital to meet the standards of a modern hospital, so that the care it provides is in line with what patients expect.

The statement also highlights that a project to assess the viability of a new hospital was approved by the Ministry of Health in 2008 and 2009 and its construction represented a €27 million investment. The land for the new hospital would be provided by the local council.

The project, however, has never left the drawing board and hopes are that this new petition will get the state to review it.

The assembly also stresses that Parliament approved a draft resolution put forward by PCP in June urging the government to “quickly build a new hospital in Lagos”.

Thus, “while there is still time”, the assembly wants decision-makers in Lisbon to make the construction of a new hospital in Lagos a priority and include it in the next state budget. 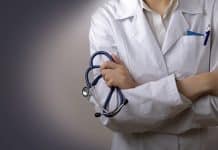