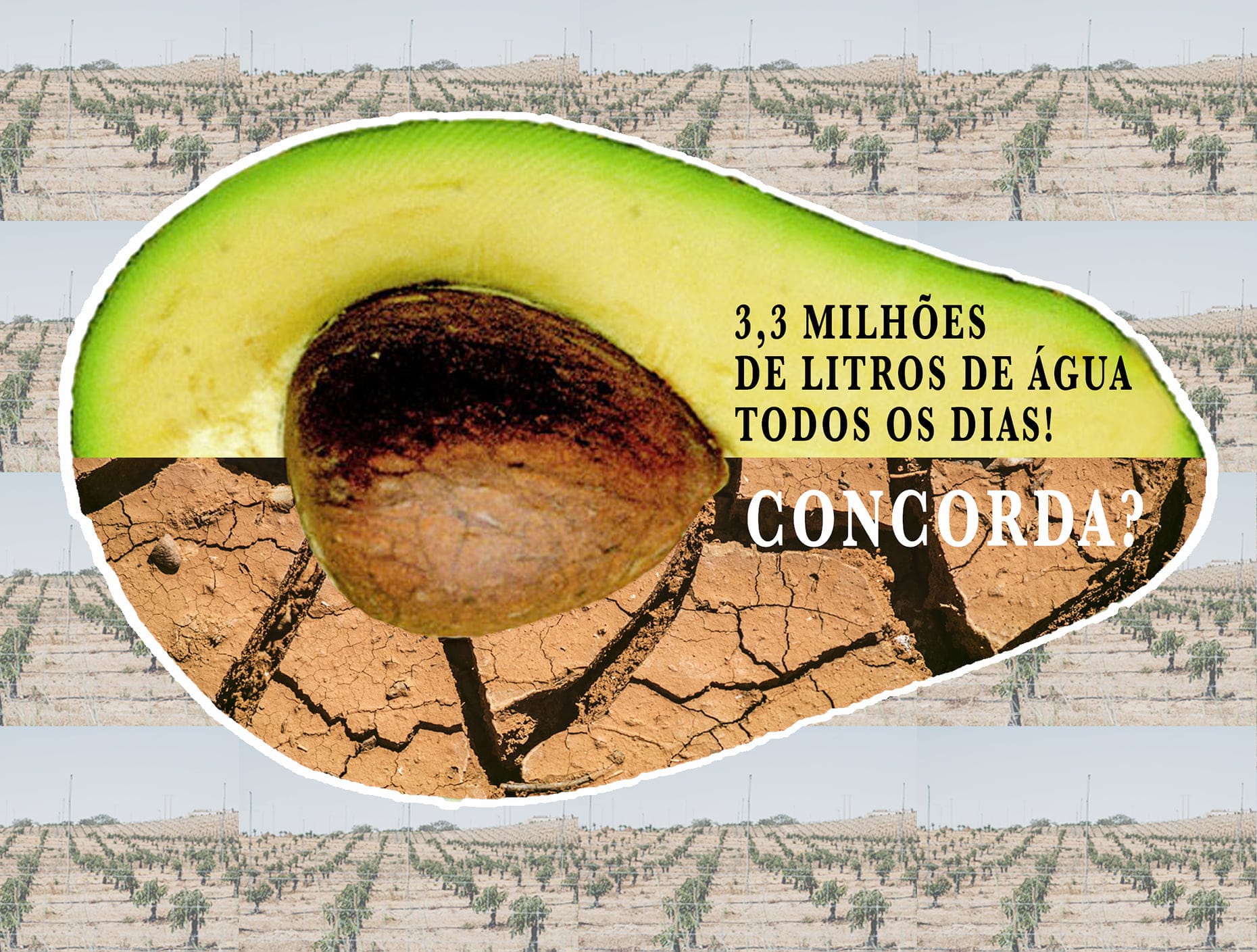 Avocado ‘overlords’ who went full steam ahead on a massive plantation without receiving the necessary permissions have heard they could face a fine of “millions of euros”.

IGAMAOT (the general inspectorate of agriculture, the sea, environment and territorial planning) has opened a ‘process of administrative offence’ against Frutineves, the Silves-based company that upset so many local people in the area between Barão de São João and Espiche in recent years by razing 128 hectares of natural vegetation to plant tens of thousands of water-guzzling avocado trees.

The early stages of this fight saw citizens seemingly thwarted at every turn, but they never gave up. Joining forces with environmental groups like Zero eventually did the trick – leading to excoriating coverage in national newspapers (click here).

This morning TSF radio reports that IGAMAOT has “confirmed the opening of a process for the application of a fine” that could run from €240,000 to up to €5 million”.

ZERO’s Paulo Lucas is in no doubt: Frutineves’ actions qualify as “a very serious offence”.

This was an attack on the landscape, carefully designed to bypass the need for environmental impact studies (click here).

If locals hadn’t been so adamant that the plantation as it stands today will spell disaster for future generations, the fight might have collapsed. But they were relentless: regrouping whenever necessary to continue a fight authorities now appear to accept as valid.

“We are talking of a case of deceit”, explained Paulo Lucas.

Not simply deceit. There were clear indications that when the company was ordered to stop planting, it continued (click here).

IGAMAOT has also reportedly confirmed that Frutineves “will have to restore the land to how it was before planting the trees or advance with compensatory measures if it isn’t possible or considered adequate to restore the environmental conditions prior to infringement”.

The process is led by the CCDR (commission for regional coordination and development) of the Algarve, APA (the Portuguese environment agency) and ICNF (the institute for nature and forestry conservation).

Giving context TSF says the reasons were given as “significant negative impacts, not minimizable and not amenable to mitigation in terms of water resources, biodiversity and climate change”.

As the radio station explains, “one of the main reasons for the veto is the fact that the plantation is sited within a sensitive area given the fragility of the Almádena-Odeáxere aquifer which is a strategic reservoir supplying the Barlavento Algarve in situations of drought which has affected the region for the last decade, at a time when the main dams in the region are all running below 50% of useful capacity.

“With the avocado planting concluded in August 2019, and the first harvest scheduled for 2021, the environmental veto referred to the avocados already taking water (from the aquifer) at 68% above authorised capacity. This puts the strategic reserve for public supply in dry or extremely dry years at risk”.

ZERO defends the veto should be ‘followed to the letter’ – seeing trees removed, and ‘expressive ecological corridors’ established.

But no one right now is sure what will happen.

Lagos mayor Hugo Pereira has also said that “more than it being urgent to restore the land to the way it was before is to ensure that situations like this do not happen again”.

Throughout these last weeks Frutineves has been dodging questions. Says TSF, it has tried to speak to the company for a week “without success”.