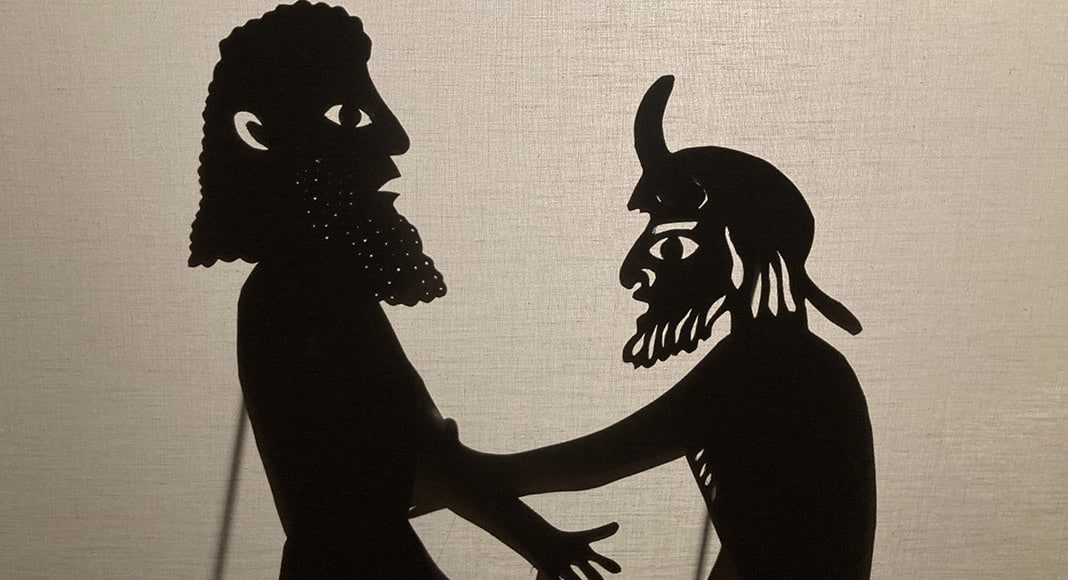 A shadow puppetry rendition of ‘Epic of Gilgamesh’, one of the oldest written stories on the planet, will take place in Lagos (February 18-19) at the local cultural centre’s auditorium and in Lagoa (February 20-21) at the Carlos do Carmo auditorium, starting at 4pm.

The show is being brought to life by Questão Repetida and Artis XXI and will use the art of shadow play to bring the story to life.

Say organisers, “the show will follow the misadventures of Gilgamesh, a Sumerian hero who could defeat any enemy in battle and even lift mountains.

“Legend has it that Gilgamesh was part god, part human. When Gilgamesh, due to his loneliness, starts to mistreat the Uruk people, the gods decide to intervene by sending him a challenge: Enkidu, the wild man. Enkidu and Gilgamesh fight, but as neither of them can defeat the other, something surprising happens. And this is where the adventures begin,” they add.

The show is described as an “original idea” by Ana Falé who is also the artistic director and narrator, while Elsa Santos Mathei oversees the music direction. The puppeteer is Jorge Soares and the music will be performed live by Ensemble Armilar. Algarve composer João Pacheco also helped with the writing of the musical pieces.

Tickets cost €6 and can be purchased at www.ticketline.sapo.pt. Admission is free for under-18s. The first show in Lagos (February 18) and last show in Lagoa (February 21) will be open exclusively to schools.