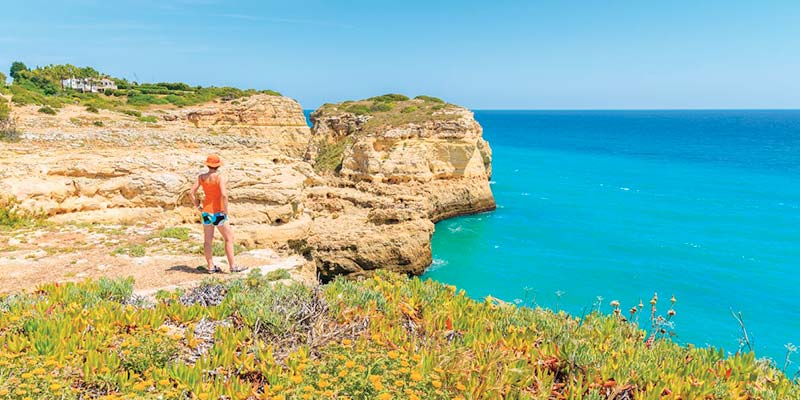 The ranking, based on votes from over 28,000 travellers from 153 countries, is led by Lagoa’s stunning coastal trail, which is described as “breathtaking, unforgettable and one of the most beautiful hikes in Europe”.

“Lagoa is certainly the most beautiful municipality of the Algarve,” the online portal says.

“This little corner of paradise brings together exceptional sites such as the Chapel of Senhora da Rocha, the beach of Cova Redonda and the beach of Carvoeiro, elected most beautiful beach in Europe, the fishing town of Ferragudo, the lighthouse of Alfanzina, the cliffs from Marinha, the Albandeira beach and the caves of Benagil ,” it adds.

The 5.7km trail links Praia de Vale Centeanes to Praia da Marinha and gives hikers a chance to walk along paths and beaches that are “very clean” and “observe the fauna and flora, beautiful birds and even little rabitts”.

“You can also rest, throughout your walk, on the various beaches of Lagoa known to rank among the most beautiful beaches in the world. Bring water, a little food and good shoes and, if possible, leave early in the morning to avoid walking during the hottest hours,” the website advises.

The Algarve’s tourism chief João Fernandes has said “it is an honour to see the region’s natural beauty acknowledged by thousands of tourists from all over the world”.

He explained that nature tourism is a “strategic product” for the Algarve and that the accolade comes as a result of an attempt to “improve and diversify the experiences of those who visit us”.