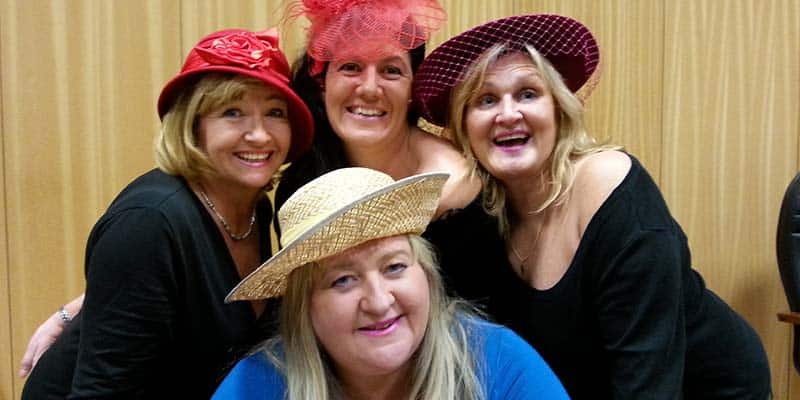 The Algarveans’ next production “Ladies’ Day” will be one of the highlights of Lagoa’s Humorfest, an annual comedy festival held throughout March, in a bid by the council to highlight the importance that foreigners have in the local community.

The festival will feature four comedy shows, all of them taking place at the Carlos do Carmo auditorium, with “Ladies’ Day” being the only show in English.

As “Inclusiveness” is this year’s theme for Lagoa council, the local authority invited the multicultural theatre group to take part in the event and perform its latest play.

The comedy by Amanda Whittington “is about four lasses from Hull who take a trip to Royal Ascot (when in York). Focusing on the friendship between the four distinctly different women, the play has proved hugely popular in the UK”.

The Algarveans have “always been keen to encourage inclusivity and be part of the local community. Nationalities of past productions have included Americans, Brits, Canadians, Germans and Portuguese. The group actively encourages new members to join and participate with a ‘just have a go’ philosophy.”

But the festival will begin a few days earlier on Saturday, March 16 with ‘Os Vizinhos de Cima’, a play featuring big names of the Portuguese acting world such as Ana Brito e Cunha, Fernanda Serrano, Pedro Lima and Rui Melo. The show will begin at 9.30pm.

The penultimate show, ‘Enfim Sós’, will see improv comedians Marta Fernandes and Ruben Silva taking the stage on Friday, March 29 at 9.30pm before popular Portuguese stand-up comedian António Raminhos brings the festival to a close the following night at 9.30pm.

Tickets for all shows cost €10 and can be purchased online (https://bit.ly/2TsPu87) or at any of the local council’s municipal services.