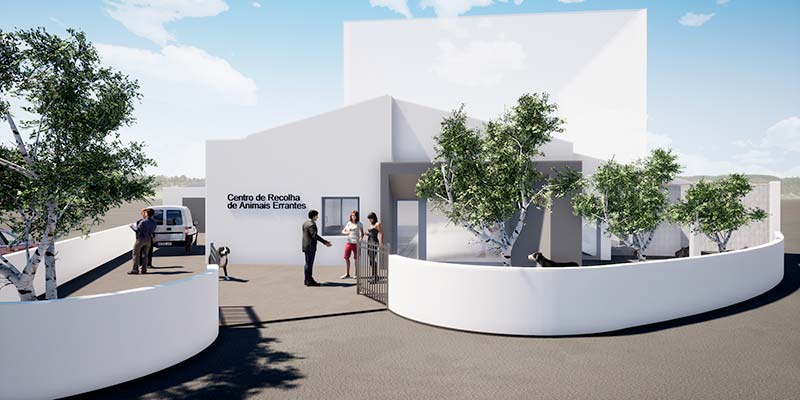 Lagoa is finally moving forward with plans to completely renovate its municipal kennels. The works will involve demolishing the existing kennels and building everything from the ground up.

Last year, a project to turn the kennels into an “official centre for the capture of stray animals” (Centro Oficial de Recolha de Animais Errantes) was announced by the local council. But a report from the national board of administration and finances (DGAF) forced the council to make some changes to the project so that it could receive the green light it needed.

Now, the project is finalised and a tender for its construction has already been launched.

As reported last year (click here), the Lagoa shelter will implement measures in line with new legislation prohibiting the culling of cats and dogs.

The new law envisages that only animals that are deemed to be “suffering” will be euthanised at municipal kennels.

The councillor explained that the new kennels will have a surgery room, a sterilisation clinic, an area for cleaning and treating animals that arrive at the centre for the first time and a playground for them to run and socialise.

The new building will have a capacity for 16 dogs and 10 cats and include pens for animals deemed “dangerous” and four quarantine kennels.

But the idea is for the centre to serve only as a temporary home for the animals, with “adoption” being the main goal.

“The council already covers the payment of microchipping and the first vaccination for those who decide to adopt,” Anabela Simão explained.

In the case of feral cats, the goal will be to capture, sterilise and release them.

“The Cat Charity association collaborates with us and they have fantastic shelters,” she said.

But with dogs, once captured they cannot be released, so the council partners with an association that helps promote adoptions in other countries like the Netherlands and Germany.

Although the kennels will only take in dogs and cats that are found within the borough, anyone, Lagoa resident or not, can adopt one of its animals.

“What’s most important is that we all work together towards a common goal, which is the welfare of animals and raising awareness about animal abandonment.”

The Lagoa municipal veterinarian clinic is open to the public every Tuesday from 9am to 10am for microchipping and rabies vaccinations.

State of Emergency “could run till May 17”