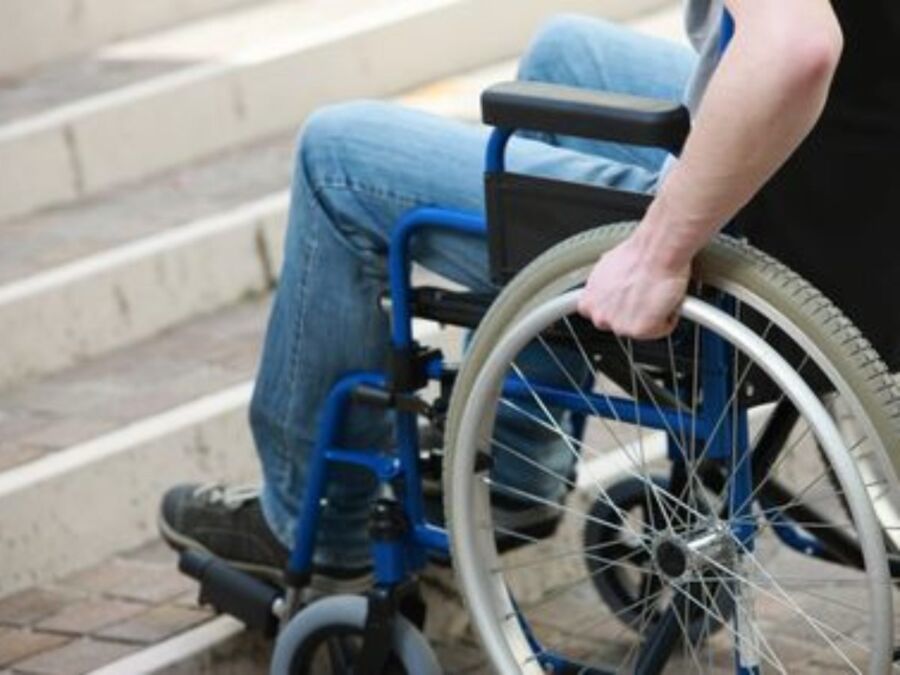 Lagoa Council is under pressure today to get its act together and help a young paraplegic GNR agent escape the ‘jail’ of his apartment building.

Father of a five year old daughter, Tiago Cantigas, 31, has been essentially imprisoned in his apartment block in Mexilhoeira de Carregação since he returned from a year of hospitalisation and recuperation following a motorcycle accident in March 2019 that left him paralysed from the waist down.

Tabloid Correio da Manhã has covered his predicament, giving Lagoa mayor Luís Encarnação one of its famous ‘thumbs down’.

The issue is that the building was constructed before rules were put in place to ensure access for the disabled.

As Tiago Cantigas explained, he can’t get down the steps to the street – nor can he leave the building from the garage which does have a ramp for cars to get in and out, but it is much too steep for anyone in a wheelchair – even if accompanied by someone who could push.

Mr Cantigas has been asking the council for a solution, either by way of a suitable ramp, or the installation of some kind of lift – but a year on and nothing has happened.

The ‘good news’ of this report is that this year is an election year in which councils tend to do work that they should have been doing in the previous four years.

The CM ‘publicity’ has seen deputy mayor Anabela Simão “guarantee that there is a team working on the case”.

Ms Simão said a ‘regulation is being elaborated to define the framework for intervention’.

Says CM: “While he waits, Tiago is unable to go on his own, for example, to collect his five-year-old from school which is just 50 metres away from the house”.

In the ‘thumbs down’ text, the paper says: “Lagoa council has to urgently resolve the access problem to the house of GNR agent Tiago Cantigas”.