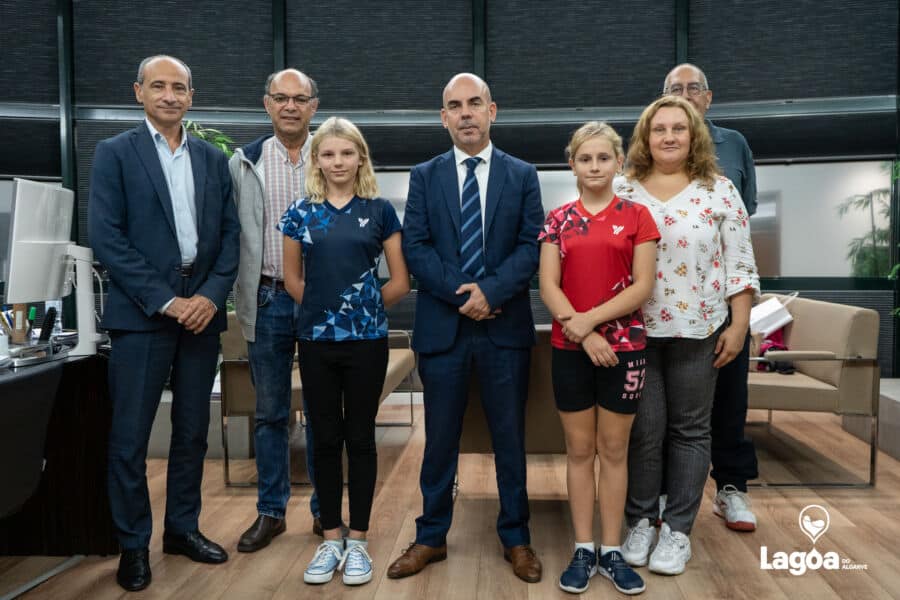 The two young girls prove that there is much more that unites them than what can separate them.

On November 4, two young badminton athletes from the Associação Universo dos Mistérios in Estômbar met the Mayor of Lagoa, Luís Encarnação, to recognise the high sense of citizenship and respect for others the girls demonstrate.

Daniela Kostenko and Anna Tura are both eleven years old. Anna is Russian, and Daniela is Ukrainian. However, their nationalities did not prevent them from becoming teammates and, above all, friends. Together they are raising awareness of the importance of their two nations’ union for their development at a sporting level, but essentially at a social level.

Daniela and Anna decided to demonstrate that the values that move them are above any differences between their two countries, which led to the unexpected armed conflict resulting from the invasion of Ukraine by Russia.

Their journey started at a tournament in Caldas da Rainha, where they reached second place together. It was then that Daniela and Anna decided, of their own initiative, to go up to the podium proudly wearing the shirts of their countries.

From then on, they decided to use the shirts in every competition they played, making a point of showing that they are united. This way, they highlight “the most important thing that can exist, respect and fraternity”, and that “in friendship, there are no differences”. 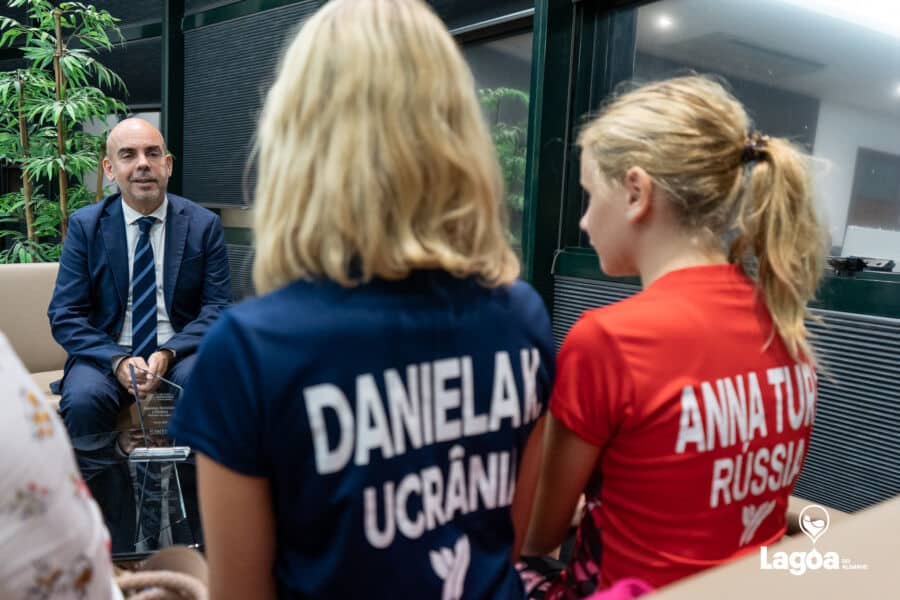 The Municipality of Lagoa rejoices at such a lesson in humanity and the two young children’s noble attitude. “It is extremely important to recognise that difference cannot be a criterion for division. Rather, it should value the community as a whole. We all have a story, and sharing these stories can only enrich us”, said Luís Encarnação, Mayor of Lagoa. “The commendable fraternal attitude of these children demonstrates that sport plays an important role in the social congregation, regardless of religion, beliefs or creeds”, he added.