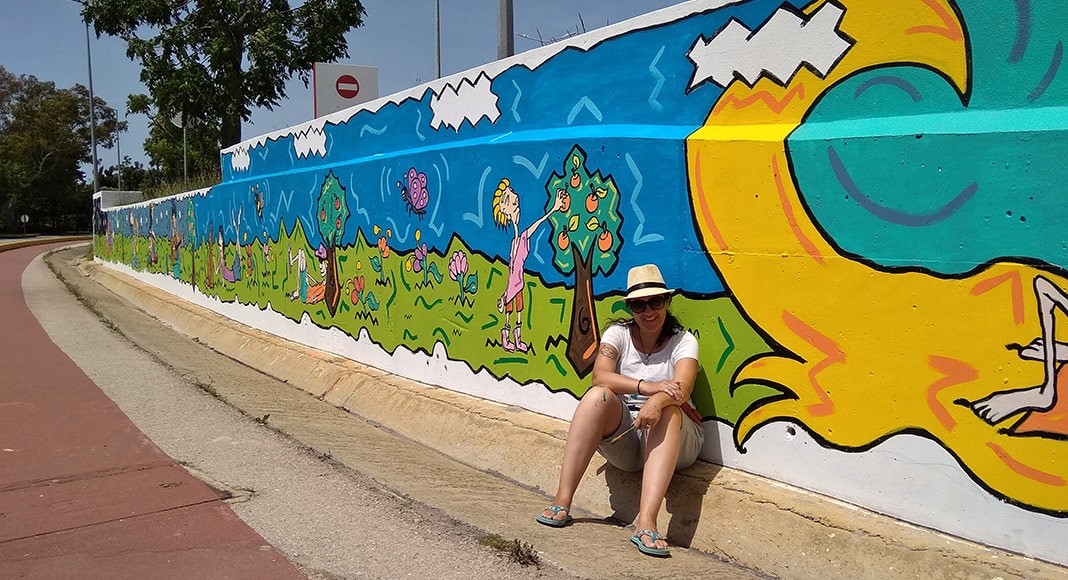 A white wall near Lagoa’s Auchan supermarket has been turned into a head-turning work of art by local artist and art teacher Ana Nobre, who has filled it with colourful illustrations of some of Algarve’s most iconic sceneries.

From a surfer enjoying the Algarve’s waves to a couple dancing under the region’s starry sky, the mural showcases all the “wonderful things that the Algarve has to offer, such as its climate and landscapes”, Ana told the Resident.

The mural was completed on Sunday, May 3, after over a week of daily five-hour painting sessions.

It is the second mural that the 40-year-old artist has painted in Lagoa, around a year after she also gave a new vibrant life to a wall along the nearby Carlos Boto fitness circuit.

Ana Nobre, who teaches painting at several local primary schools as well as Lagoa’s Escola de Artes, was approached on both occasions by the local parish union, which encouraged her to use her talents in favour of the community.

The second invitation came recently, which she says came at the right time.

“I’ve been at home since the schools closed,” she told us, “so I was delighted to be able to get out and return to doing what I love”.

Aside from being a teacher, Ana regularly exhibits her paintings both in Portugal and abroad.

While she hesitates to compare her work to any specific genre of art – although the one she says she comes closest to is expressionism – Ana told us that what she most enjoys to express through her paintings are “colour and movement”.

Born and raised near Lisbon, Ana moved to the Algarve around six years ago. She studied and earned a degree in visual arts in Caldas da Rainha (ESAD.CR).

After a few years of working as a teacher in Lisbon, she decided to try her luck in the Algarve due to the “lack of opportunities” she found in and around the capital.

Her first job was as an entertainer at a hotel before eventually becoming a teacher in Lagoa, as well as continuing to paint in her free time.

“We’ve all worked jobs that we weren’t passionate about. However, I’ve known from an early age that art was what I loved to do,” she told us, adding that the Algarve has offered her more opportunities as an artist than those she found in Lisbon.

She has already worked on the cover of an album by Portuguese band Pura Cura as well as two educational books entitled ReciclArte.

But like so many others, Ana is uncertain about the future due to the consequences of the Covid-19 pandemic.

She had an exhibition of her works planned for July in Tavira, as well as an “opportunity of a lifetime” to showcase her art at the Artifact art gallery in Manhattan, New York in 2021.

“They saw my works online and invited me to exhibit there,” Ana told us.

While the pandemic has cast a dark cloud over her plans, Ana remains hopeful that the situation will improve until then. 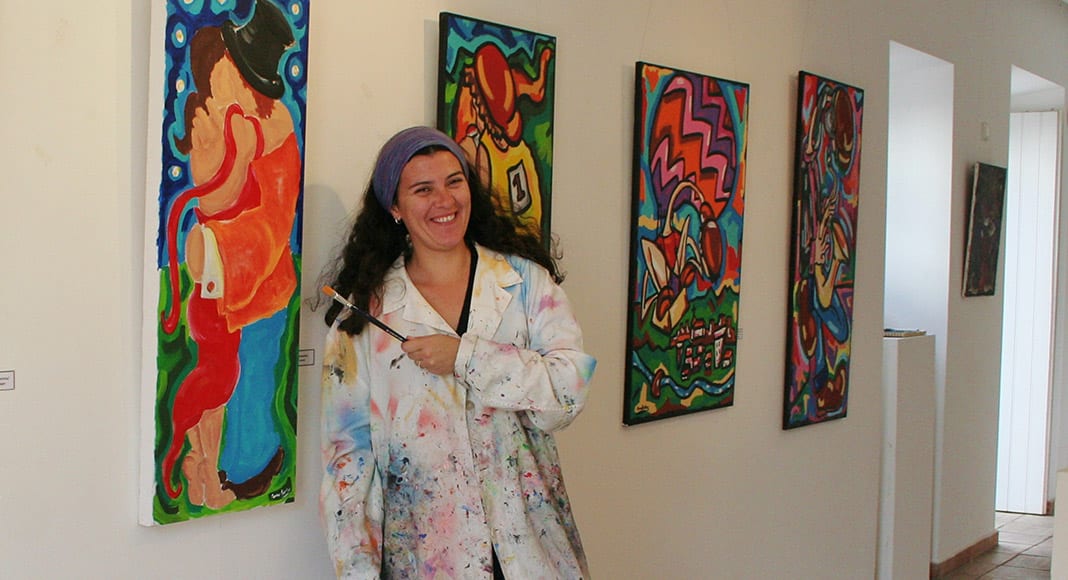 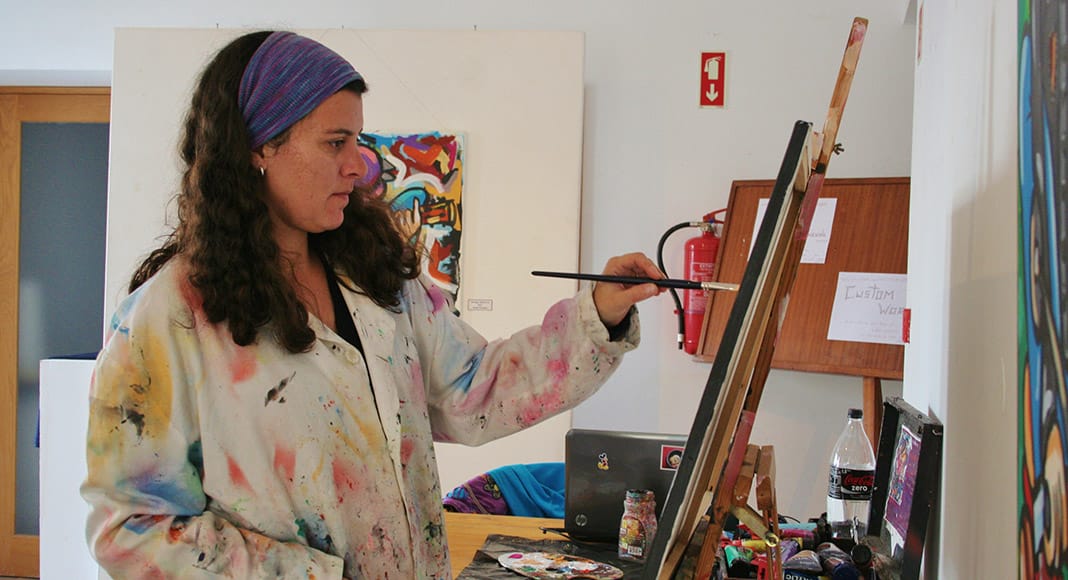 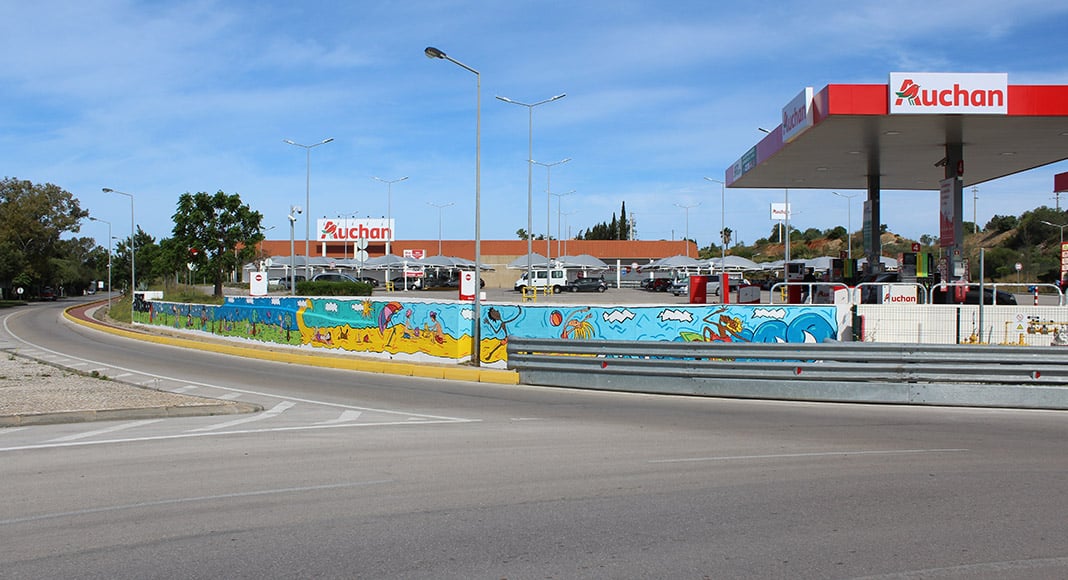 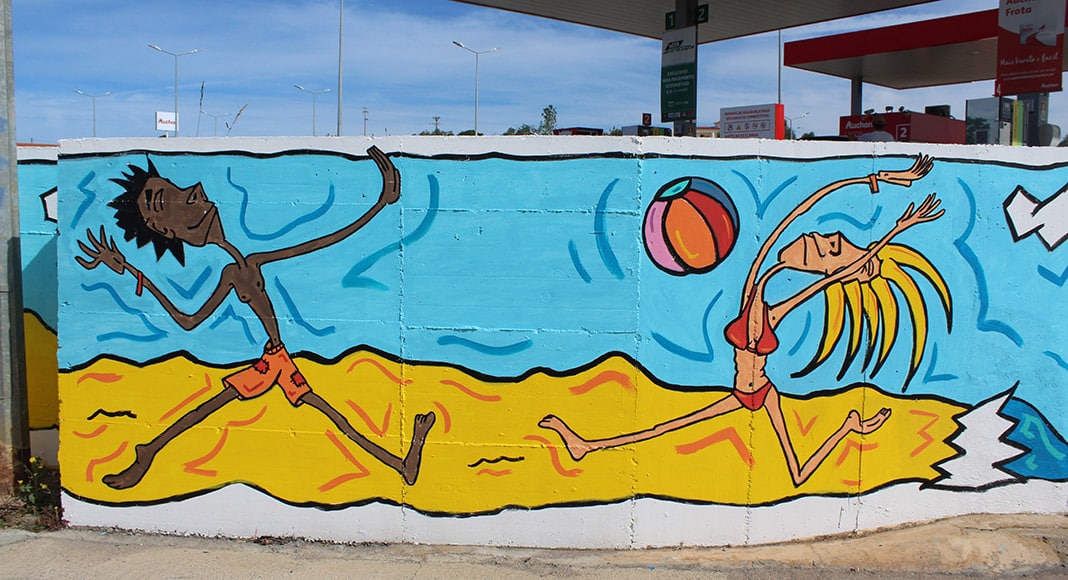 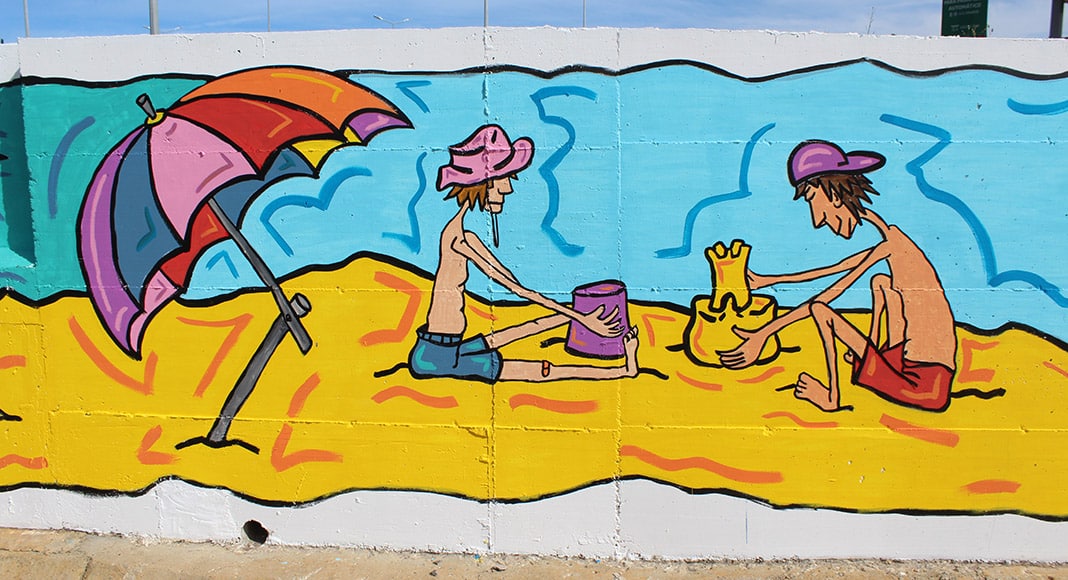 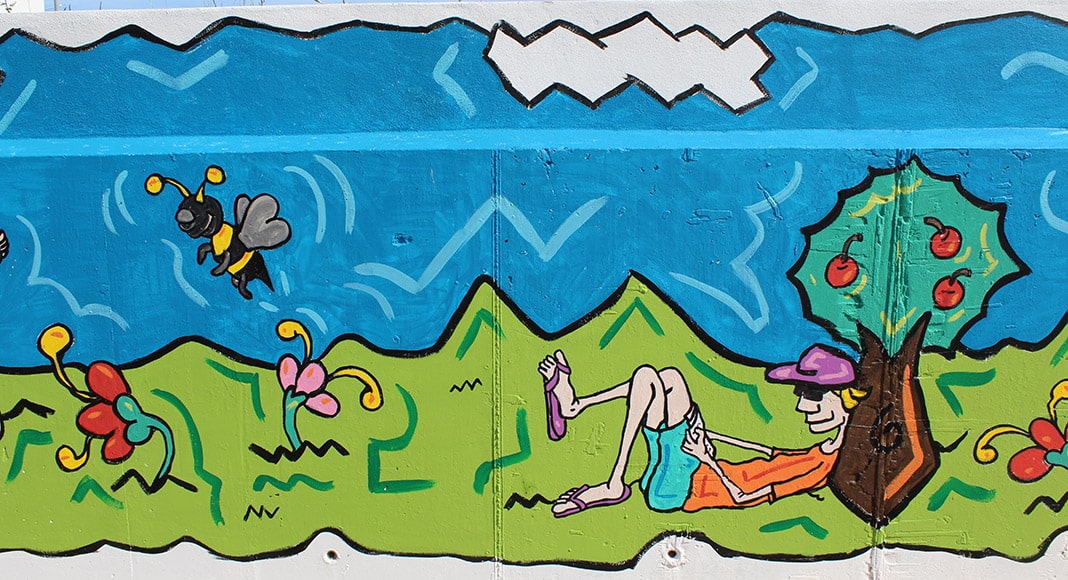 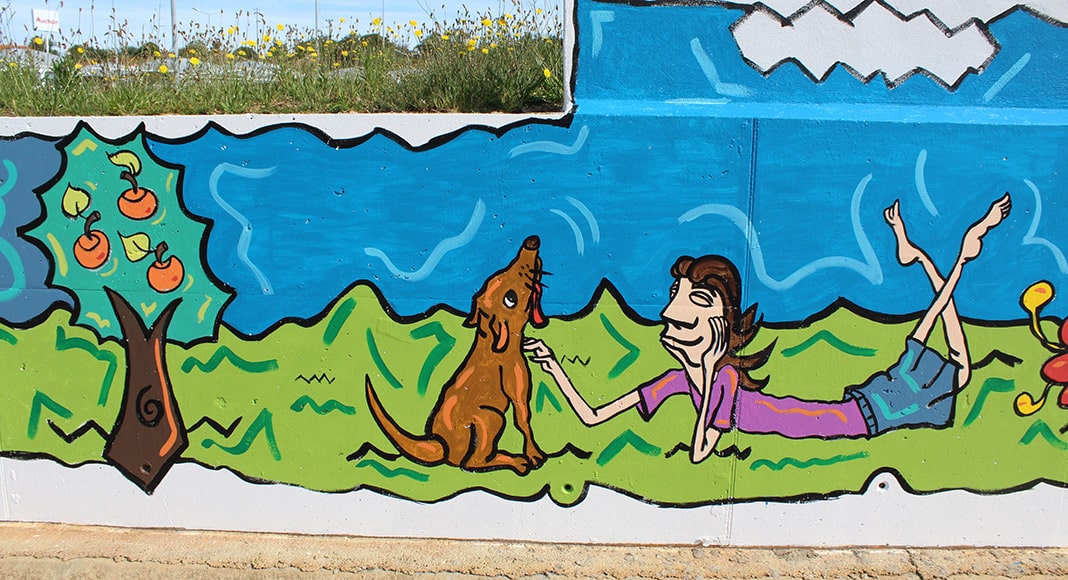 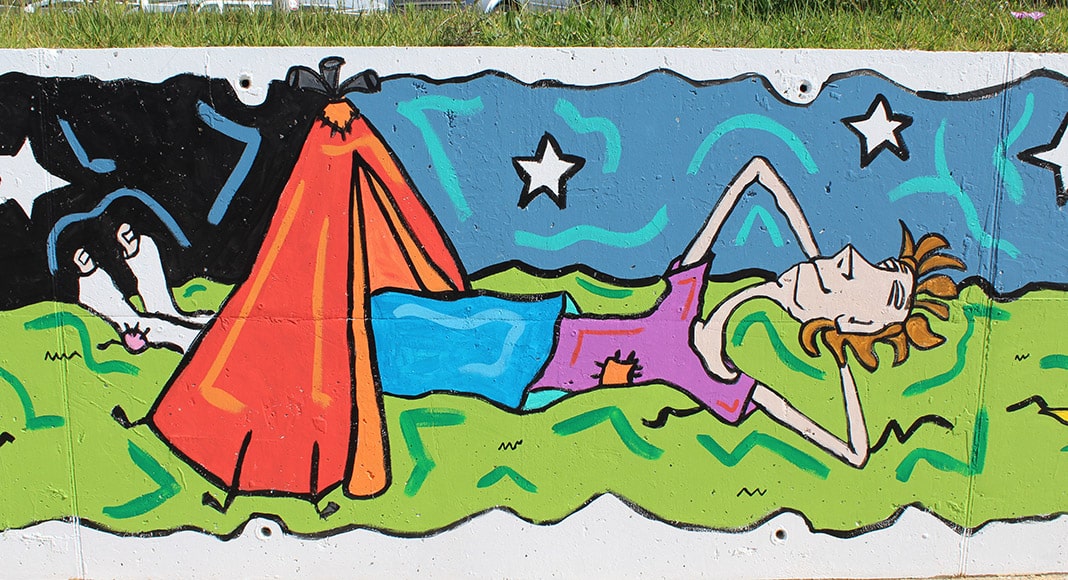