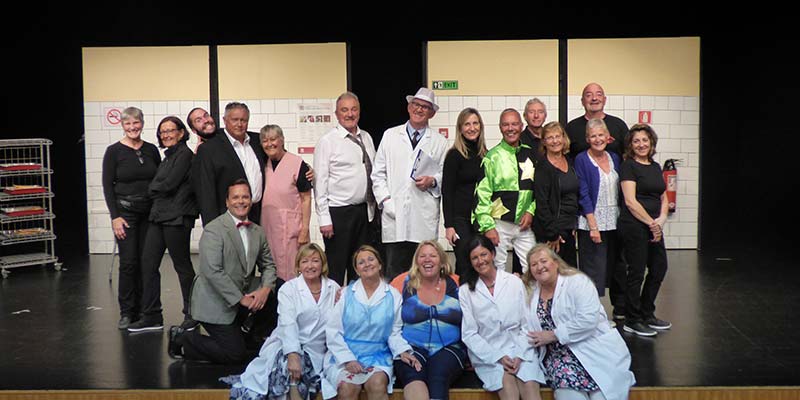 The Algarveans have pulled it off once again! The box office success galloped into the Lagoa Auditorium three nights running last week (during the Humorfest Lagoa comedy festival) causing crowds to chuckle, titter and roar with laughter at the spiky northern humour and outrageous storyline expertly led by first-time director Angela Theobold.

Four fish packers from Hull lead lives of daily drudgery but decide to throw care and cash to the wind, slip into their posh frocks and spend a day at the races when Royal Ascot brings Ladies’ Day to York.

Each has a chance to reveal her secret: Tracey Christiansen as the sensible about-to-retire Pearl – her racy seven-year liaison with a bookie, hoping to meet him at the races; Karen Barroso as Jan, the demure scrimping single mother – her long unspoken love for her supervisor which spills out in a hilarious drunken scene; Sonya Namik (first time on stage) as the blowsy tarty wannabe gold digger – seeking escape from her disastrous indebtedness – alluringly “stretching her legs” in an impossibly apt short red dress; and Lara Costa as the least worldly-wise and dowdy Linda – oppressed by her abusive mother.

At the core, they are mates and stand by each other through the rough patches, and the actors do too.

The men all fulfilled their complementary roles with gusto: Des Briggs as the ‘simpático’ foreman Joe, Frank Remiatte (a new arrival in the Algarve) as Jim, the smarmy TV presenter, Tony Sanders as Fred the ticket tout and Kevin the down and out gambler, Dave Guildford (first time on stage) as the “feckin hungry” jockey Patrick, and Paul Kloegman as the long-lost lover Barry. Their talents represent the broad spectrum of the amateur dramatic community that is the trademark of The Algarveans.

Special mention is deserved for the set, cleverly designed and built by Nigel and Sue Miller as upright “Toblerones”, which afforded the audience something exciting to watch during set changes.

Audiences were all on a feel-good high as they left the theatre, still chuckling over the funny episodes. Definitely a show not to have missed. 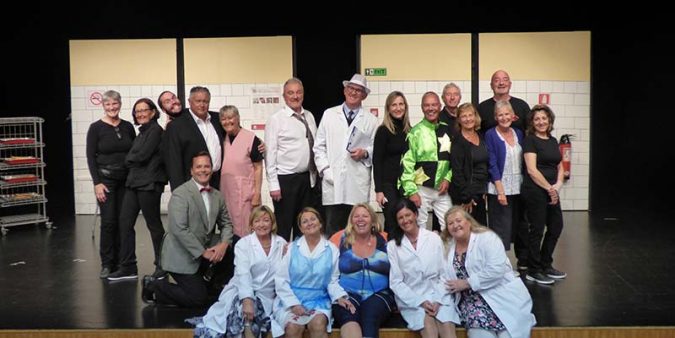 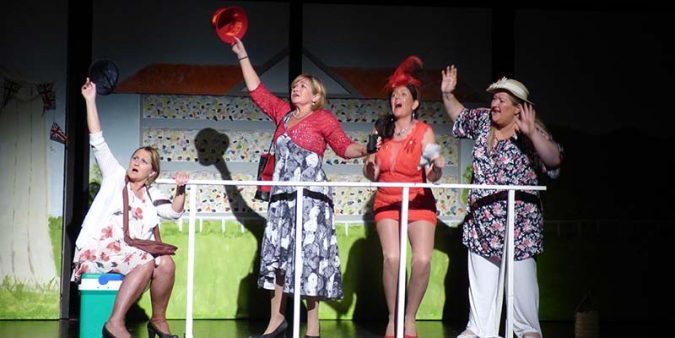