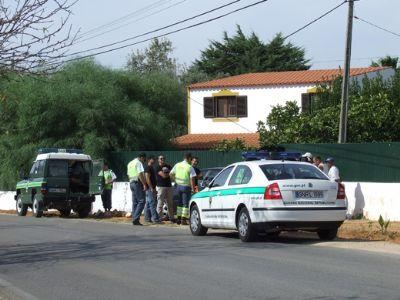 Several leading figures have criticised the lack of police presence in the Algarve, which they believe will have a negative impact on the region.

Robberies, muggings and vandalism appear to be soaring this summer while the number of police available to patrol the streets is actually falling.

The summer reinforcement programme has brought an extra 300 police agents to the region during the tourist season, representing a fall in the number of agents available to control, monitor and prevent crime in our cities.

Last year, an additional police force of 381 was brought into the region for the summer. The overall number, when including police from the maritime and immigration authorities, is 2,380, but the allocated number of police able to handle public order in the Algarve is considerably lower at 1,200.

The region has a transient population of around 1.5 million people in the height of summer, which means an average of one police officer per 1,250 individuals.

According to Elidérico Viegas, head of the Association of Hotels and Tourist Establishments, AHETA, the region needs to have double the number of officers currently available.

He told the Algarve Resident: “From May until October, the Algarve needs to have a minimum of 2,000 officers to ensure efficient policing.

“Clearly the busier destinations such as Albufeira require a larger police presence.”

However, there are still up to 250,000 people in Albufeira when the police reinforcement programme for the summer is due to finish on September 15.

When asked about this by Portuguese newspaper Jornal do Algarve, Mayor of Albufeira Desidério Silva said: “It is fundamental that we do not drop the level of security just because the calendar indicates the end of summer.”

Manuel Conceição António, head of the Monte Gordo parish council in Eastern Algarve, said: “We are at a critical point. We are registering higher numbers of hotel occupancy rates, yet we do not have sufficient security in place for people to feel safe.”

Elidérico Viegas said that figures relating to hotel occupancy for August would not be available until early September, but  confirmed to the Algarve Resident that traditionally August is a month which will repeat year on year figures.

Macário Correia, Mayor of Tavira and head of the Association of Algarve Municipal Councils, AMAL, shares the opinion that the number of police officers in the Algarve needs to be stepped up.

He said: “There is no statistical evidence to show that the crime rate has gone up over these months but I know of cases in Tavira when police have had difficulty in responding to all incidents.”

He added that there was “clearly a lack of police on the streets”.