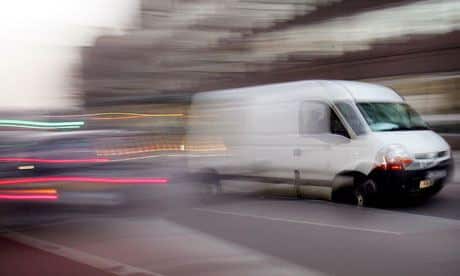 A couple watched in horror as two young dogs were thrown to their deaths from a Ford Transit van, speeding past them on the Estrada Regional 2 near Montemor-o-Novo on Saturday.

According to national tabloid Correio da Manhã, the pups – both described as four months old – had been stolen earlier that day from a farming estate in the area.

Both had chips. One died on impact and the other shortly afterwards, “despite the efforts of the couple”, said the paper, who have since filed an official complaint at the Santiago de Escoural police station.

According to CM’s update on the horror this morning, authorities have been able to track down the Transit and identify its owner, who lives in Beja.

The dogs’ owners have also presented an official complaint about the theft of their pets’ thefts and their subsequent mistreatment.