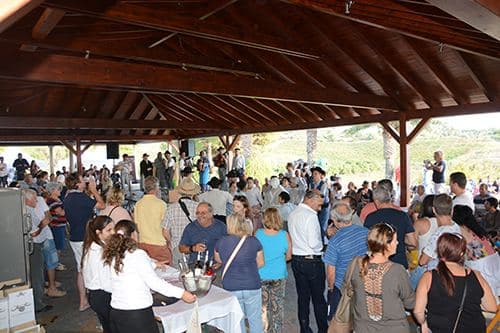 Kurt Gillig has been appointed General Manager (GM) of Vila Vita Parc, the five-star Hotel, Resort and Spa near Porches.

Praised by resort owner and founder, Dr. Reinfried Pohl, for his professionalism and dedication over the last 12 years, Kurt moves up from his previous position in the last two years as Hotel Director.

Kurt has been a key figure in establishing Vila Vita Parc, which celebrated its 20th anniversary this year, as one of the world’s leading luxury travel destinations.

Over the last couple of years, under his management, Vila Vita has seen the resort garner a host of international awards and recognition from the likes of TripAdvisor, Conde Nast Traveller and the World Travel Awards.

Austrian born, Kurt joined Vila Vita Parc as Executive Chef in 2000 and under his leadership the gastronomic offer at the resort increased to eight outlets.

Progressing to various positions including Resident Manager in charge of the Rooms Division and VIP services, Kurt was instrumental in laying the groundwork for the award of the Ocean restaurant’s first Michelin star in 2009, and its second star in 2011.

A well-known figure in the Algarve, Kurt is currently the honorary Bailli of the Algarve chapter of Chaîne des Rôtisseurs, the international gastronomic society.

He has also been enthroned as Cavalier of the venerable company of Confraria do Vinho do Porto (port wine brotherhood) and is a co-founder of the English chapter of the Porches International Rotary Club.