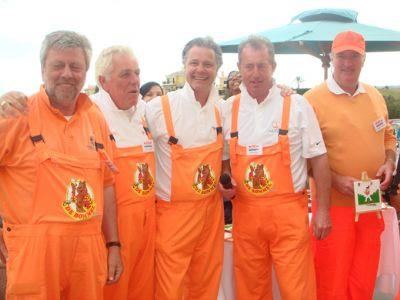 More than 80 golfers took part in the Koninginnedag tournament held at the Castro Marim Golfe and Country Club on April 30 in celebration of the Dutch Queen’s birthday.

This is the seventh consecutive year the tournament in honour of Queen Beatrix has been held, and the event was opened by Willem van Kooten, chairman of Castro Marim Golfe Club, with the singing of the Dutch national song.

Buggies decorated in the colours of the Dutch flag, and players in the orange of the royal family played in the Texas scramble tournament which was followed by a lunch of typical Dutch and Portuguese dishes.