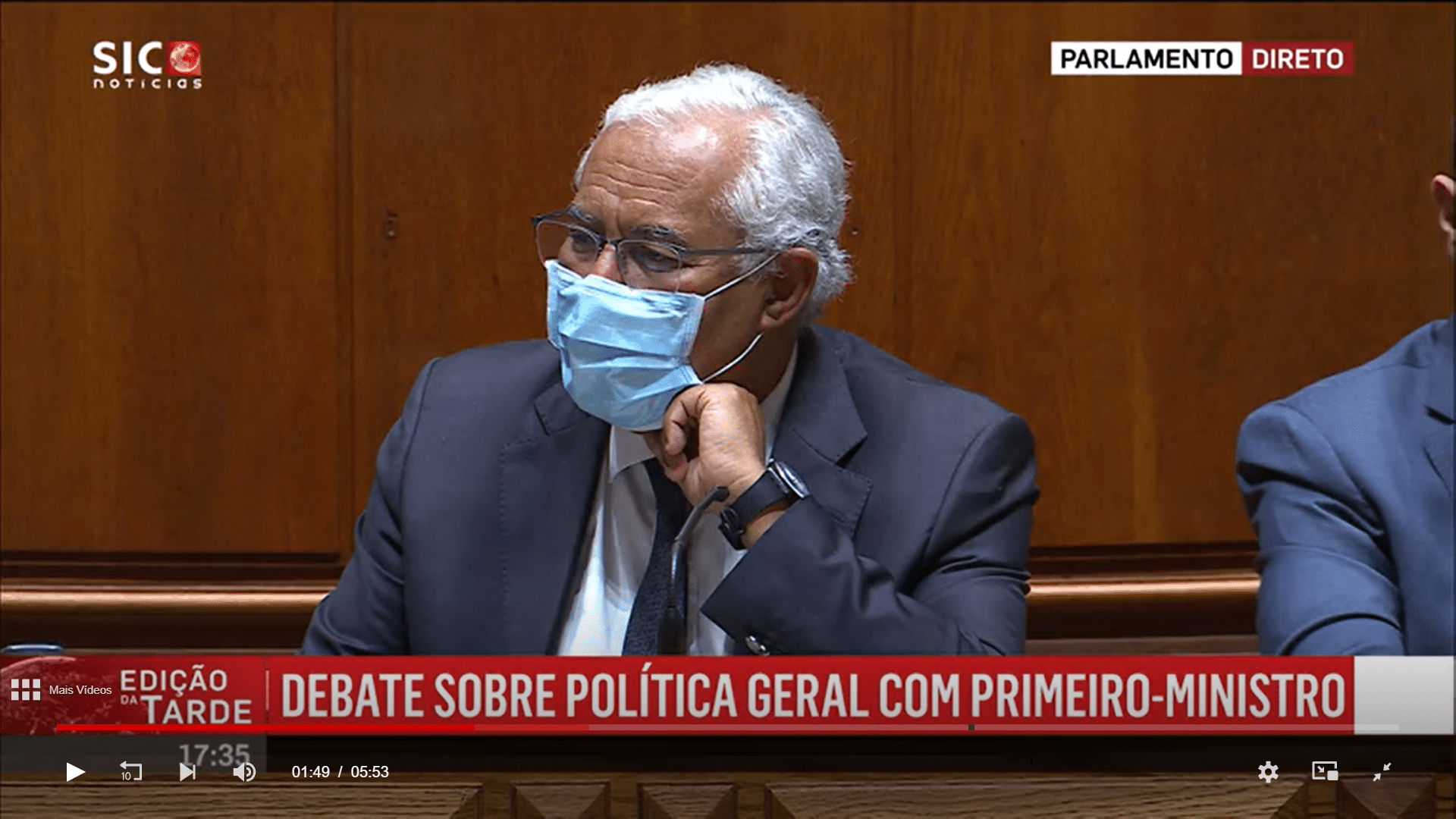 Today’s debate in parliament on ‘politics in general’ saw knives out once again over the government’s plans to bail-out loss-making airline TAP, ‘come what may’.

It is a “monstrosity” to think that every citizen will end up paying around €450 to keep TAP afloat, when the pandemic could have been “the right moment to open a serious business, not loaded with vices from the past”, he said.

Unfazed, the prime minister reiterated that there is ‘no Plan B’ when it comes to TAP, albeit his executive is still waiting for the green-light from Europe for another €1.2 billion in State funding.

“The worst way of negotiating with someone is to start by admitting the lack of success of one’s proposal, and that there are plans B, C or D”, he retorted.

Indeed, he said he is confident that Brussels will give the go-ahead Portugal is so keenly waiting for (click here).

If Portugal hadn’t stepped in to increase its control of the airline when it did (pre-pandemic) “we wouldn’t have a TAP” left. “I know you do not appreciate TAP, you think its employees earn too much and have excessive benefits, but TAP is right now in recovery…” No-one could have predicted when the government stepped in that airline travel was about to be stopped in its tracks for the best part of two years, “during the most critical moment of its development plan”.

Mr Rio’s answer however came back equally unrepentant: if no-one could have predicted, how is it that other countries opted for other solutions? “They let fall what wasn’t viable to make something viable”, he said.

This was just one of the many heated exchanges in parliament today at a point where international observers have remarked on the ‘losing of grip’ of Portugal’s PS government.

“António Costa should have been on top of the world” wrote Politico, analysing the days following last month’s municipal elections. But a series of gaffs, defeats, political arrogance and ‘happenstance’ have ensured this is far from the case.

In fact one of the worst ‘black marks’ against Mr Costa today is the flight from justice of crooked banker João Rendeiro.

With a poll showing how little citizens trust Portugal’s justice system, Politico explains that Mr Rendeiro’s ‘escape’ seems to have confirmed “a widely held belief, fanned by radicals on the right and left, that business and political elites are above the law”.