Portugal Resident
Home Society Contributors Kirsty Wilkinson – Women golfers who refuse to be defined by their... 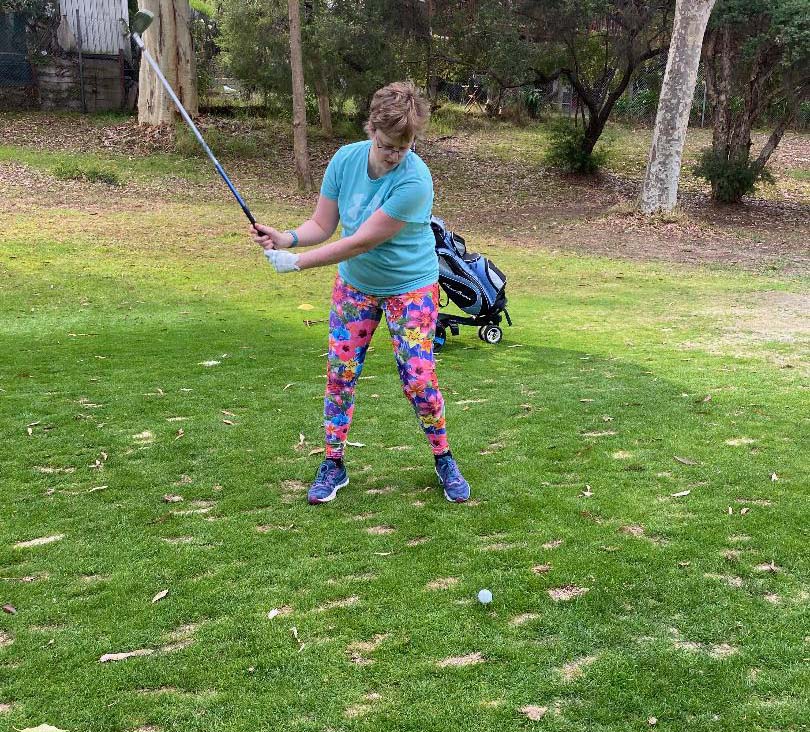 When life is a real struggle, sometimes, somehow, you have to “just get out there” and let the rest look after itself.

Kirsty Wilkinson did just that, with a golf club in her hands, and it put a smile on her face again.

Like many Australian youngsters, Kirsty loved her sport, including swimming, gymnastics, netball, and later, field hockey.

But as a young woman, she had “the rug pulled from under” her, after two car accidents in two years (she was blameless in both) in 2007 and 2008. 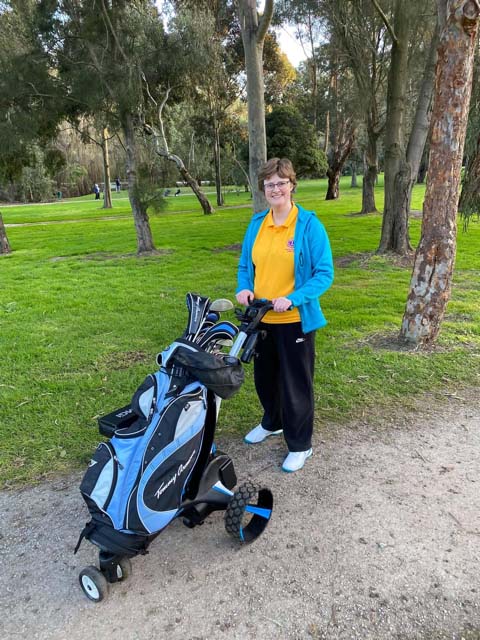 After struggling to recover from the injuries, she was eventually diagnosed with a rare multi-systemic genetic connective tissue disorder called Hypermobile Ehlers-Danlos Syndrome. Symptoms vary, but many people suffer significant and chronic pain around their joints.

This has been part of Kirsty’s reality – years of pain management, exhaustion, and pressure around keeping well. She has had to endure many surgeries, prolonged anxiety and also depression.

Taking part in a new sport has been of great assistance in her life. The exercise and focus Kirsty found in learning to play golf has helped her physical and mental health considerably, offering a social network of new friends in the process.

In short, it’s Kirsty’s belief that “golf saved my life”.

Kirsty was born in Whyalla, near Adelaide, Australia, but she moved around a fair bit as her father Tim was a civil engineer. This gave her a certain amount of confidence in exploring the world and was an early foundation for her starting her own international import and export consulting business of today, called Asia Market Makers, with a specific accent on wine, specialising in the Japanese market.

She loves Japan and has a double degree: a Bachelor of Arts majoring in advanced Japanese language, and a Bachelor of Business qualification in international trade. Kirsty is hoping to play golf in both Japan and Europe in the year ahead.

Kirsty says: “Golf has given me a new lease of life … One of the things that I know is, when you have depression, you avoid catching up with family and friends. So, I try to catch up regularly even if it’s just over the phone.

“It’s hard when you don’t always feel your best. But having something like golf means that I can go out and play a few holes or it could be nine holes or whatever; at least it helps me get out and meet other people. I think that’s really important.”

Kirsty is coached by Golf Australia All Abilities Golf Coach, Craig Spence. Craig has also helped Kirsty keep positive this year after a series of injuries kept her away from the course. Her love of a challenge recently saw her start playing at Sandringham Golf Course in Melbourne and she is enjoying her golf there.

“Craig said to me during one of my lessons that if I can play there, I can play anywhere. So, that gave me a lot of confidence.”

This confidence has led to a delighted Kirsty being able to help Golf Australia’s work to increase Women’s All Abilities Golf engagement; exciting times ahead.

Kirsty’s advice to others with a disability, who are thinking of giving golf a go, is unequivocal. “Just do it, just do it,” she says. “I think there’s just so much to gain. One is meeting new people, developing new skills, getting out in the fresh open air, helping to manage your stress. There are just so many positives. But I’d say just do it, get out there.”