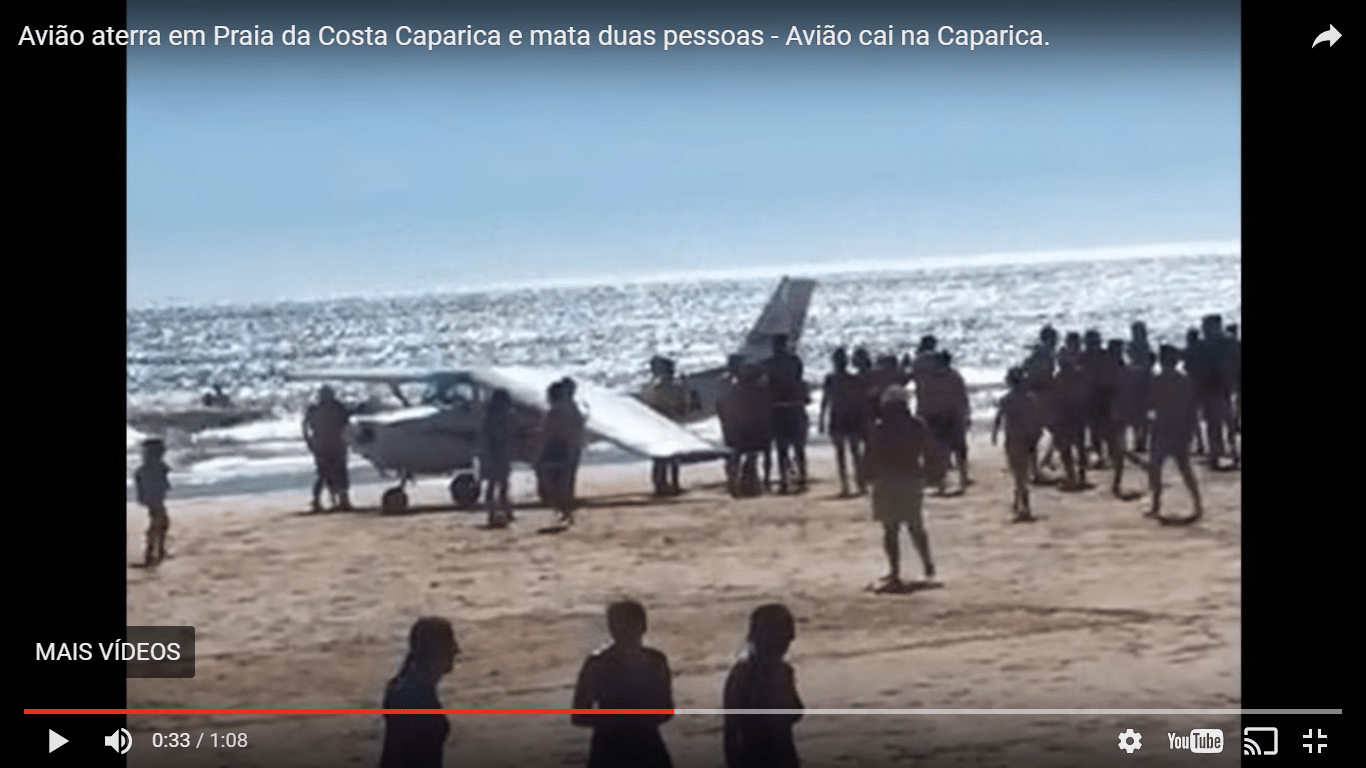 Carlos Conde d’ Almeida, the 67-year-old pilot who ‘crash landed’ a Cessna plane on a packed beach in Costa da Caparica in 2017 – killing a retired Air Force sergeant and an eight-year-old girl (click here) – is to face trial accused of the ‘dangerous driving of a means of air transport’ and two counts of negligent homicide.

The decision came yesterday from Almada Court which decided against pursuing six other defendants – all accused of the crime of ‘an attack on air safety aggravated by the result of death’.

The six include three members of civil aviation authority ANAC – including its president Luís Ribeiro – and three staff members of the Aerocondor school of Aviation.

According to Lisbon’s District Attorney’s office the court decided against putting the six on trial “based on the understanding that it was not up to them, in terms of functional responsibilities, to perform any acts or omissions that could have prevented the accident”.

Public prosecutors disagree, and have stated that they will be mounting an appeal.

Reports in the press however say the court ‘prohibited use of the report’ “because it undermines the pilot’s right to non-self-incrimination”.