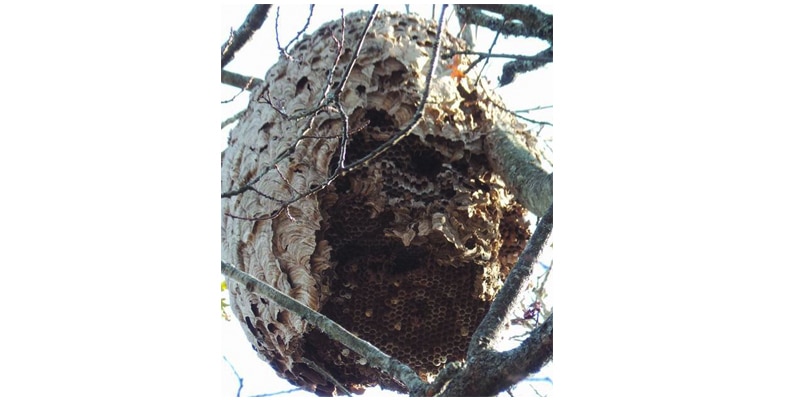 A 47-year-old electrician on his Christmas holidays with family in Vila Verde died on Boxing Day after being stung by a swarm of killer hornets (Portuguese name: vespa asiática, or vespa velutina).

This is the third death from the scourge that has been travelling relentlessly south for years, decimating bee populations (click here) and even threatening public health (click here).

Say reports, he was “surprised” by a swarm of hornets that had their nest in a tree he was cutting down.

The tree was an evergreen, writes Correio da Manhã, and because of this Macedo had not been able to see it.

This was the second death in Vila Verde from this ‘alien species’ that arrived in Europe mistakenly packed in boxes of pottery almost 15 years ago – the first being registered in 2015.

Despite efforts by authorities to destroy nests and halt the insects’ advance through the country, this particular nest had not even been identified.

It has since been destroyed by Civil Protection authorities.

Says CM, the borough has been coping with “hundreds of nests” – all of them needing extermination.

In 2014, a 20-year-old from Olival, Vila Nova de Gaia, died after being stung by these hornets which can reach 3cm in length.