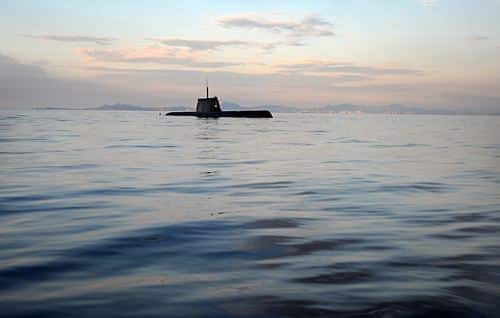 The never-ending “Submarine scandal” is back in the news this week as a parliamentary inquiry into the multi-million euro intrigue hears that key figures invited to attend have been advised by their Portuguese lawyer to stay away.
As the inquiry hears from companies that claim they were “heavily penalised” in the contra-deals between the Portuguese government and a German consortium, another Portuguese lawyer involved in the case has revealed that he will also be opting out, as he does not feel “available” to disclose professional confidentiality.
Highlighting these latest twists in the long-running saga mired with allegations of corruption, Correio da Manhã deputy director Eduardo Dâmaso adds that a third “key personality in the case, Bernardo Ayala wants to go” to the inquiry, “but the lawyers’ association (Ordem dos Advogados) will not let him”.
As Dâmaso points out, it is curious that lawyers opting out, or advising clients not to attend, themselves appear “with frequency” on television “pontificating about transparency and the ethics of public life”. They are seen as “senators of the nation” – yet when the chips are down, it appears “they are only playing”.
CM reports that Daniel Proença de Carvalho, of the legal firm Uría Menéndez – Proença de Carvalho, has informed two former managers of the German company Ferrostaal to stay away from the inquiry which yesterday heard from a number of people, including Euro MP Ana Gomes who blew the whistle on the submarine deal four years ago, declaring it to be “riddled with frauds”.
Further Ferrostaal managers are due to appear before the inquiry next week – and it is not yet known whether they too will be advised to stay away.
Also due to appear next week is Munich’s former honorary consul for Portugal Jürgen Adolff – accused of having received €1.64 million in bribes from Ferrostaal. Again, CM writes that it is unclear whether he will attend.
Adolff has been tried by German authorities for corruption, but details of his case have not been forwarded to the parliamentary commission in Portugal.
For now, the parliamentary commission designed to look into all the allegations looks as scuppered as the two ‘old’ submarines the government bought in 2010 and which have cost millions in maintenance, on top of their billion euro purchase price.
Explaining why it had advised its clients to stay away, Proença de Carvalho explained that Antje Malinowski and Winfried Hotten had been absolved of crimes of qualified fraud and the falsification of documents – but that as the Public Ministry was appealing against this decision, both former Ferrostaal managers were still, effectively, defendants – and “afforded the right of silence therein consecrated”.
As both are foreigners, living outside Portugal, they “do not fall under the jurisdiction of parliamentary inquiries” and therefore do not need to attend.
The commission is analysing this legal stance today, and will be deciding on what measures (if any) it will take, writes CM.