Portugal Resident
Home Original Keeping up appearances in the Algarve 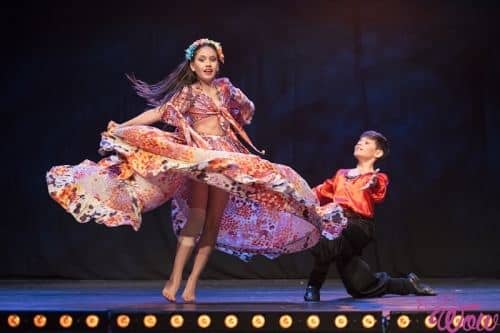 For many people, Portugal is a relatively unknown country. I have even heard visitors on holiday here comment about how they were surprised to find that the Algarve was not an island off the coast of Spain.

However, the recent economic and political turmoil has turned the attention of the world firmly on the country.

As Portugal becomes the latest country to have to seek outside assistance and a bailout, the world’s media are watching as the situation develops, as this is a subject that affects not just Portugal but Europe as a whole.

A quick search on Google will bring up thousands of articles about Portugal, with the situation here making the headlines on a daily basis across news services, papers and news broadcasts.

This week, representatives from the BBC have been in the Algarve to report on the people behind the crisis and on the real effects that increasing taxes, budget cuts and rising unemployment levels have on the people living in the primary tourist destination of Portugal.

Paul Henley, a radio and broadcast journalist for the BBC, and his team explained how the reality of such a crisis was of great interest to those outside Portugal keen to see behind the scenes.

He told the Algarve Resident: “I came up with the idea of coming over to Portugal to see the real effects of the economic situation. We have been reporting about the unemployment levels, the crash in the housing and building markets and the political and economic measures that will be pushed through here and wanted to see just how this was affecting regular people in Portugal.”

The team from the BBC will be compiling footage for programmes and segments on BBC Radio 4, BBC Radio 5, BBC World, BBC World Service Radio, BBC Breakfast News and a report for the BBC online service.

“When I put forward the idea of coming over here for these reports, all the editors were very interested in having something on this subject. Many other stories are not met with such enthusiasm and I think this shows a real interest in the human angle behind the current situation,” said Paul Henley.

Paul and his team have already made a visit to the Santa Casa da Misericórdia charity group in Albufeira to witness some of the most vulnerable members of the community in the Algarve.

“They are doing some really amazing work down there and clearly there is a great need for their services to help children, the elderly and disabled,” said Paul Henley.

He added: “I met with some wonderful volunteers who, despite the adverse conditions facing them, are continuing to support people here who are unable to help themselves for whatever reason.

“The problem with the Algarve in particular is the perception that people have of the region. Just driving around the resort areas, this looks to be an affluent area, there are many large villas, four and five star hotels and top class golf courses that do not give an impression of people struggling to feed themselves.”

Just scratching the surface of the Algarve, however, reveals the extent of the real poverty facing families, increasing regular food bank donations are just one indicator of the knock on effects of rising unemployment, while reports of people queuing at the offices of Segurança Social to be told week after week there will be no unemployment benefit coming their way again show that this is now an increasingly difficult place to live and survive in.

“To be honest, it is shocking to think that people are having to survive on such low minimum wages while the cost of living is ever increasing.

“We had thought that the local people who live and work here would be resenting the tourists who come over to the Algarve and flash their cash when the opposite is actually true and the Algarve continues to be a welcoming destination for tourists despite the hardships facing the people,” said Paul.

As we move into the summer season, many of the workers who were left unemployed during the winter months will be able to once again find temporary employment while the sights of busy bars and restaurants continue to create the impression that all is well.

The Algarve is continuing to keep up appearances for the outside world but perhaps it is time that the truth behind the sunshine lifestyle was revealed if real help is ever to come this way.

The BBC programmes recorded in the Algarve will be broadcast within the next week, depending on scheduling.
1″>news