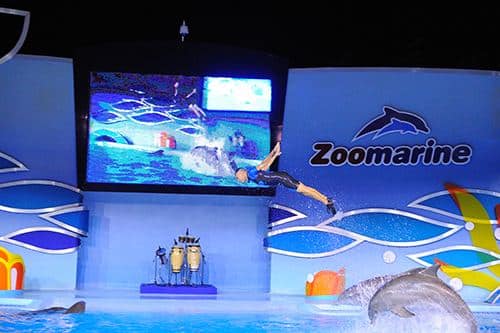 Readers will now be able to hear two sides of the story surrounding the disappearance of Madeleine McCann as her mother, Kate McCann, is due to release a book detailing the case from the McCann family’s point of view on May 12 while the former police inspector in the case Gonçalo Amaral, has been granted permission to resell his controversial book Maddie – A Verdade da Mentira (Maddie – The Truth of the Lie).

Madeleine, the book, has been written by Kate McCann to help boost funds for the search to find her daughter Madeleine.

It is due to be released in the UK on May 12 to coincide with Madeleine’s eighth birthday.

A spokesman for the McCann family has confirmed to the Algarve Resident that a version will be translated into Portuguese and launched here shortly after the UK release.

The spokesman said: “The book was written to give Kate and Gerry’s account about what happened on May 3. Kate and Gerry felt that it would help people to have their point of view as there have been several opinions and alleged facts everywhere, but the least of them being from Madeleine’s parents.

“They hope that the book could help people to remember something or for people who might know something to be prompted to step forward and share information that will help the investigation.”

Money raised from the sale of the book will be donated to the Find Madeleine Fund to help continue the work of investigators who are searching for Madeleine.

Meanwhile, former police inspector Gonçalo Amaral is now able to place his controversial book back on sale after the Supreme Court rejected an appeal by Kate and Gerry McCann to ban the book.

The decision of the Supreme Court came on March 18, just weeks before the planned release date of the book by Kate McCann.

Gonçalo Amaral told the Algarve Resident that the decision to be able to sell his book again was a “victory for democracy” and added that the public should be free to read all versions of the case including his and that of Kate McCann.

Gonçalo Amaral said: “I have not read the book by Kate McCann but believe that they have the right to freedom of expression to be able to write what they like about the case.”

While the former police inspector did not criticise the plans of the McCanns to release their own version of the case, he said that he was unsure if it would be able to help in the search for their daughter who disappeared from their holiday apartment in May 2007.

“Could the book help to find Madeleine? It depends on what it says so we will have to wait and see if it can contribute in any way to an investigation, and if it can, it would then become something that could be used as evidence in a case,” said Gonçalo Amaral.