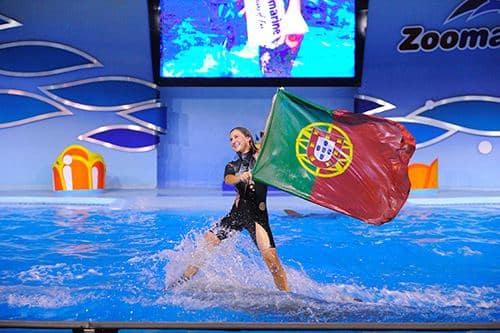 Portimão’s Municipal Theatre TEMPO will stage a concert by the singer, songwriter and guitarist Kaki King on May 17 from 9.30pm and, on May 20, welcomes the one man show Frankie Chavez.

Kaki King is the first woman to be elected by Rolling Stone magazine as a ‘Guitar God’ and was also nominated for a Golden Globe Award for her contribution on the soundtrack of the movie Into the Wild directed by Sean Penn.

After having released the album Junior in 2010, Kaki King will come to Portugal to play solo and to present her return to acoustic origins, since it is her first tour without band since 2005.

Tickets cost €10 and can be bought at TEMPO or at www.ticketline.pt.

Frankie Chavez is one of the most promising talents of the Portuguese music and is considered by many the most recent revelation of southern Europe blues.

At his one man show band format live act, he plays different guitars with different tunings and drums.

This free entry concert is limited to 150 people.