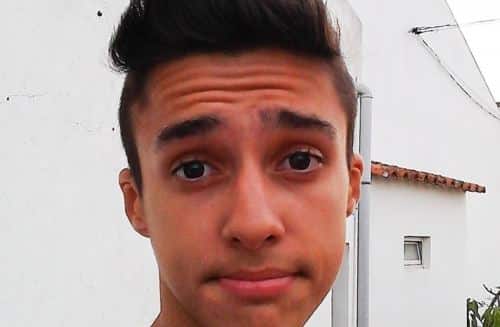 The tight-knit group pushing for justice for murdered Algarve teen Rodrigo Lapa have exposed a hornet’s nest of intrigue, gleaned by a contact they have made in the town of Cuiaba, Brazil – the homeland of Rodrigo’s former step-father Joaquim Lara Pinto, the “principal suspect” in the boy’s brutal murder.

They have passed the information to the Resident as they feel ‘completely let down’ by authorities representing justice in Brazil and Portugal.

As we wrote in July (click here), Lara Pinto has already hired a lawyer who insists on his client’s innocence.

No formal request for his detention has been made, and the man, for all intents and purposes, is ‘footloose and fancy free’.

But the “Rodrigo LAPA: O nosso menino” Facebook group say there is now much more.

The group has been in touch with someone using the single name “Maria”, who told them she wanted to help.

Over the six months since Rodrigo’s barbaric death, the group and Maria have been in fairly constant contact, passing each other information that they hope would bring justice.

Clips of television interviews with Rodrigo’s mother, Célia Barreto, thus arrived in the lap of Lara Pinto’s family – with the effects of an atomic bomb.

As repeated stories have explained, Célia Barreto has constantly changed her version of events of the day she last saw her son.

But a statement she gave on Queridas Manhãs in which she said: “I do not wish to think I let a murderer into our house” was apparently interpreted in Cuiaba as a betrayal.
According to Maria, preparations were underway to reunite Célia with Lara Pinto so that the pair could live once again as a family unit with their baby daughter – Rodrigo’s half-sister.

“We know that Joaquim did not react well” to Célia’s comments, said our source this week. “Plans to bring her and his daughter to his father’s property took a new turn. Célia and Joaquim were in disagreement. He says he did not kill and she says he did.”

What the group was hoping was that Célia’s “betrayal” would bring the truth finally from the lips of her so-called former partner, “considering she has changed her story so often, and lied many times…” (click here)

But then came news on Tuesday that Célia’s baby daughter – in the charge of children protection services since shortly after Rodrigo’s battered body was found on scrubland near the family’s Portimão home – has been returned to her care.

The “Rodrigo LAPA” group are in panic. They are worried that Célia Barreto and Lara Pinto are reconciled.

“We have to do something. Are child protection services and the public ministry asleep? This woman is now free to pick up her daughter and flee to Brazil where no one will ever see her again. Rodrigo will be left without justice. Why is this happening, in this case? Why is no-one else pushing for justice for Rodrigo? We want answers.”

The Resident has tried in vain to get information from the public ministry, and a contact at Portimão PJ has simply said to us that “all murderers get brought to justice in the end. It may take time, but we will get Rodrigo’s killer”.

The attitude is simply not enough for justice-seekers who say they are dealing “every day with so much pain.

“We have to be psychologists as well. There are so many people suffering from the death of this boy: people who carry his photograph on their mobile phones, have his picture in their home – even people who didn’t know him but are haunted by the sweetness of his expression and the sad story of his life and horrible death.”

Among the information passed by Maria was the news that Lara Pinto’s homecoming to Brazil was celebrated by a huge BBQ which went on through the night.

After his three months of lying extremely low, he was allegedly having lunch with relatives in the Tijucal district when a television programme came on about fugitives from justice.
The Portuguese group had passed all Lara Pinto’s details to the station, and thus the story played out in graphic detail, leaving the party in apparent stunned silence.

Maria explained that Lara Pinto’s father realised it was time to mount a defence and therefore “sold some property so that his son could get the best lawyer in town”.

It is this lawyer, Raphael Arantes, who went public in July, professing his client’s innocence and a complete lack of anything official against him having been sent by authorities in Portugal.

Lara Pinto’s father, Rubens – nicknamed Pipico – has apparently since reiterated the family’s desire for his son’s baby daughter to finally be brought to live with them in Brazil.

“We fear we are running out of time,” said our source. “We are trying so hard to push for justice for Rodrigo, but the real people who should be fighting this cause appear completely uninterested.”

Coincidentally, shortly after we wrote this text, another Facebook group pushing for justice “Juntos Pelo Rodrigo Lapa e Todas as Crianças” posted a new announcement, which loosely translated, reads: “After a while in which we have been silent, we have thought a lot and cannot let this situation go. For this reason, we are coming back in force and have decided to fight”. The last three words were posted in capitals.