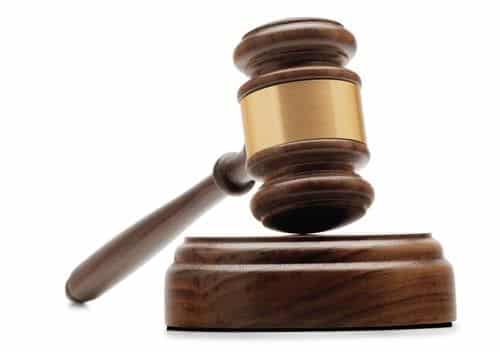 Judges are up in arms over the state of the country’s courtrooms, and they have threatened to put the Ministry of Justice ‘in the dock’ with the national authority for work conditions if things do not rapidly improve.
“It’s not a question of judges wanting pretty offices,” Maria José Costeira, secretary general of Portugal’s association of judges (ASJP) told Correio da Manhã newspaper. “But there are serious situations that compromise safety.”
In Sesimbra, “water comes in through the windows and electrical wires have to be lifted by hand from the floor”, she said.
Everyone is affected, the spokeswoman added, not just court personnel.
ASJP has thus made a list of all the courtrooms that need attention, informing the Justice Ministry that unless repairs go ahead within “a reasonable time” they will be taking the situation to the Authority for Work Conditions (ACT).
The association’s report says that courts in the north of the country are in the worst states, singling out Vila Franca de Xira, Barcelos and Beja.
Indeed, Vila Franca de Xira’s court is entirely without windows in a temporary building in which the air conditioning system has broken down.