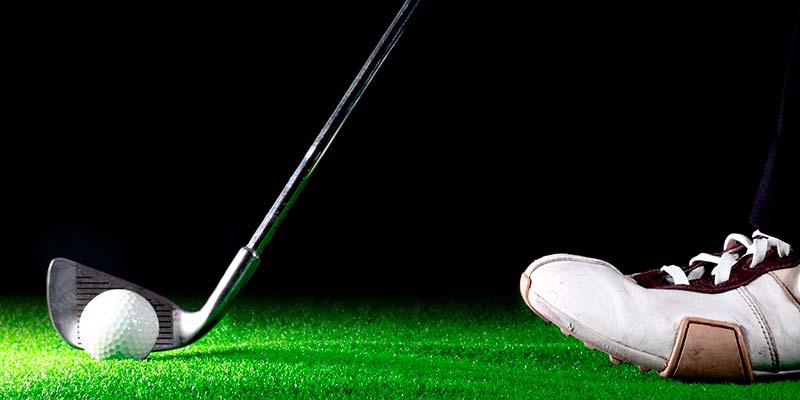 This year, golfers from all over the world will again flock to the beautiful Algarve, but a respected industry figure has sounded a striking note of caution.

Tony Judge, co-founder of leading golf club rental agency Clubs to Hire (CTH), which boasts an impressive outlet at Faro Airport (pictured), has witnessed a boom in non-traditional golfing hot-spots, such as Morocco, Turkey and Cyprus, and has highlighted the challenge now being posed to golf’s traditional short-haul markets.

Judge explains that the challenge to traditional golfing locations like the Algarve must be taken seriously: “A domestic report in Portugal has highlighted that, for the first time since records began, the number of Portuguese visitors to the Algarve outnumbered British travellers in 2018. Unsurprisingly perhaps, 18% of respondents to the report – published by the Hotel Association of Portugal – cited the possible impact of Brexit as a concern.

“However, specifically in relation to golf, the tendency to over-inflate green-fee prices in areas that have previously been magnets for British and Irish visitors, has seen significant chunks of business moved elsewhere. For example, some have not reacted to the resurgence of golf in Turkey, which is priced very competitively, or the growth in other areas like Cadiz (Spain), Agadir (Morocco), Paphos (Cyprus) and Porto (Portugal).”

Tony Judge’s views are to be respected and will resonate within the Algarve’s golfing industry, and he stresses that many of the golf’s traditional short-haul markets may be in danger of losing business to these pro-active, relatively new, markets if pricing strategies are not developed to respond to the challenge of emerging competition.

Judge’s experience of serving golfers, who are primarily seeking good value, informs his belief that “people are increasingly looking for ‘more bang for their buck’, and places like Turkey and Greece will continue to reap the benefit”.

This trend was certainly experienced by CTH in 2018, which also saw its business grow steadily in other areas in Portugal, such as Lisbon and Porto – the latter seeing such significant growth that the Dublin-based company opened a new outlet there in January.

In addition, Judge has also underlined the serious growth in other areas: “We also saw significant growth as a business in Belek (Turkey), Morocco, Alicante (Spain) and Cyprus, and, while the peaks and troughs of CTH business are not the ultimate method of measurement, it provides a pretty good snapshot at any given time and is a decent barometer over any 12-month period. Our advance bookings suggest that, once again, if certain locations look to maintain their unrealistically inflated green-fee rates, footfall will continue to drop off in favour of the ‘new kids on the block’.”

Clubs to Hire handles more than 300,000 annual visits to its website and more than 80,000 bookings for rental clubs at 29 locations worldwide, including popular golfing regions in the USA, Thailand, Australia, South Africa and five countries across the Mediterranean, offering the latest clubs on the market, from leading brands such as TaylorMade, Callaway and Mizuno – for men and women, left- or right-handed – from just €35 per week, a potential saving of up to €193, with none of the hassle.

While such deals will, of course, continue to attract players to the Algarve – deservedly renowned as a golfing Mecca – the reality of other locations being determined to rival the sport’s traditional hot-spots cannot be dismissed.