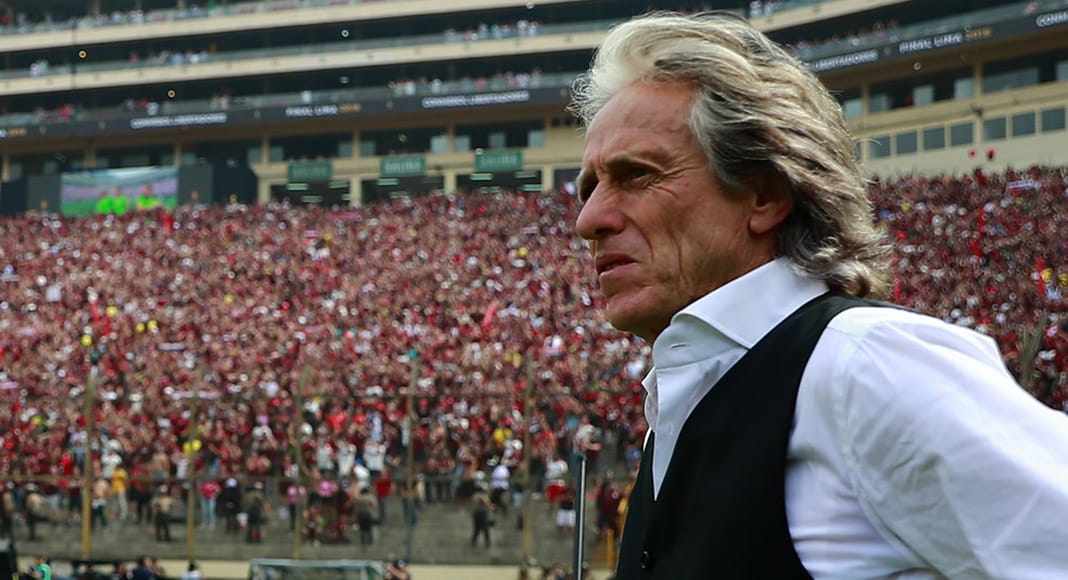 Under fire Benfica president Luís Filipe Vieira made a 15,000km round trip to Brazil and returned with the signature of former manager Jorge Jesus.

After weeks of speculation, including an attempt to lure former Tottenham Hotspur manager Mauricio Pochettino to the Estádio da Luz, the man charged with restoring the Eagles’ former glory days will be under immense pressure from the millions of ‘Benfiquistas’ worldwide.

Jesus, who turned 66 this week, has left Flamengo after a remarkable 13 months winning five trophies including the prestigious Copa Libertadores and running Liverpool close in the Club World Cup final.

The coronavirus pandemic has hit South America hard, in particular Brazil, bringing the continent’s major club competition into doubt which must have been a major factor in Jesus’s decision to return to Portugal.

Meanwhile, Benfica’s spectacular collapse in 2020, including an unprecedented poor run of results – three wins in 15 games -, plus relinquishing the title to arch-rivals FC Porto, has led to calls for change.

To add to the club’s troubles, 71-year-old Luís Filipe Vieira, whose presidency is up for election in October, club administrator Domingos Soares de Oliveira and two companies that manage the club and own the stadium are suspected of having defrauded the taxman of €600,000 in 2016-17 and continue to be investigated.

Whilst Jorge Jesus – he made his Primeira Liga debut as a player with SC Olhanense back in 1975 -, looks to rebuild Benfica, another Olhanense ‘old boy’ Sérgio Conceição was celebrating winning the Primeira Liga title with FC Porto for the second time in three seasons.

The 45-year-old former Portugal international started his managerial career in Olhão eight years ago. A two-goal victory over Sporting confirmed the Dragons as champions with two games remaining and they will now be aiming for a league and cup double as they prepare to play Benfica in the Portugal Cup Final on August 1.