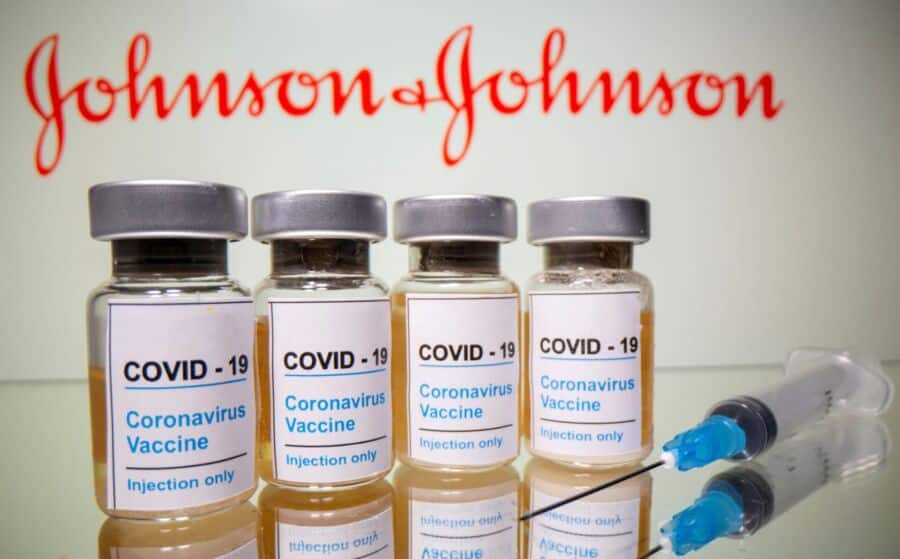 Yesterday Portugal was being told the ‘gamechanger’ Johnson & Johnson vaccine was arriving on Wednesday. Today, in the US, regulators are calling for its suspension.

The constant ‘swings and roundabouts’ over clotting issues continues – and may be the reason why, bit by bit, citizens are losing the initial zeal to line up and be vaccinated.

Today in Lisbon, researcher Carla Nunes admitted that more people were refusing the vaccine than the last time her university sent out questions (click here). Yesterday in Coimbra, councillor in charge of health Regina Bento said 484 citizens had declined the offer of a vaccine.

With news like today’s coming seemingly every week now, the reticence is hardly surprising.

In the US, the situation is that there have been six cases of clots forming in women aged between 18-48 within two weeks of receiving the Johnson&Johnson vaccine. One of these women has died, and another has been hospitalised in a critical condition.

A total of seven million people in the US have received their Johnson&Johnson shots so far.

Other reactions have been reported, including dizziness, nausea and fainting.

Dr Peter Marks, director of the US Food and Drug Administration’s Center for Biologics Evaluation and Research has told reporters: “We are recommending a pause in the use of this vaccine out of an abundance of caution”.

As with the AstraZeneca jab, the adverse effects appear to be extremely rare, but the constant alerts over what are in the end vaccines given only ’emergency use authorisation’ this may well be a reason why populations are beginning to wonder.

In the US cases, for example, the women ‘affected’ are in age groups that in the main should have little to worry about if they contract Covid-19 anyway.

For the moment, there has been no reaction in Portugal to this news. We will carry updates when they come.

UPDATE Tuesday: SIC television news reports that Portugal IS still expecting the first consignment of 30,000 vaccines on Wednesday – and that 4.5 million doses are scheduled to arrive in this country by the end of the year. However Johnson&Johnson has just announced that it will be delaying delivery to Europe in light of the US suspension. It is not clear whether the 30,000 vaccines destined for Portugal are already in Europe, or will be part of the delivery that is held up.

31,200 doses have arrived in Portugal and are now being stored in the warehouse the government is using in Montemor-o-Velho near Coimbra. The doses arrived ‘earlier than expected’, at 6.30am after authorities here had been told they were held up in Belgium.

A further 55,000 doses are scheduled to be shipped here this month, out of a total of 4.5 million doses ordered.

For now, however, no European country is using this vaccine until EMA (European Medicines Agency) analyses the data on rare incidents of clotting, and makes a decision (scheduled for ‘next week’)