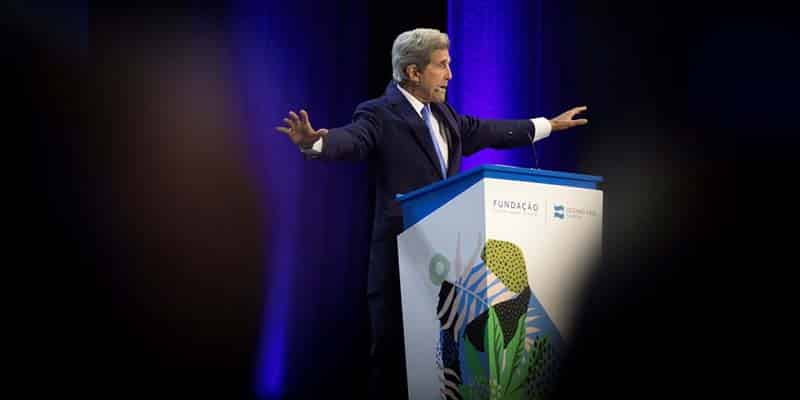 In an impassioned speech closing Lisbon’s little-publicised summit “The Future of the Planet” former United States vice-president John Kerry admitted politicians “are not concerned” about climate change. The battle to save the planet is thus being lost, he said, adding that Portugal was the ideal place for this summit because its connection with the sea is ‘visceral’.

Kerry was joined on the podium by marine biologist Dr Sylvia Earle (click here), a leading activist when it comes to ocean conservation.

Bizarrely however not one word of what Dr Earle said at the event last weekend has appeared in the Portuguese press.

The Future of the Planet was organised by the Francisco Manuel dos Santos Foundation, in collaboration with Ocean Blue.

Ocean Blue director Tiago Pitta e Cunha told Público the event served to “discuss whether the planet has a future or not” – yet very little of any of the speeches was subsequently relayed.

Rádio Renascença did however report on the first day of debate in which writer Paul Theroux said that if anything was to emerge from the event, it would be “the possibility to publicise the truth”.

“The most important thing is to speak the truth, write it, disseminate it over the internet, transmit it”, he said, stressing the future should involve “seeing things as they are” and “meeting people with experience who know the problems”.