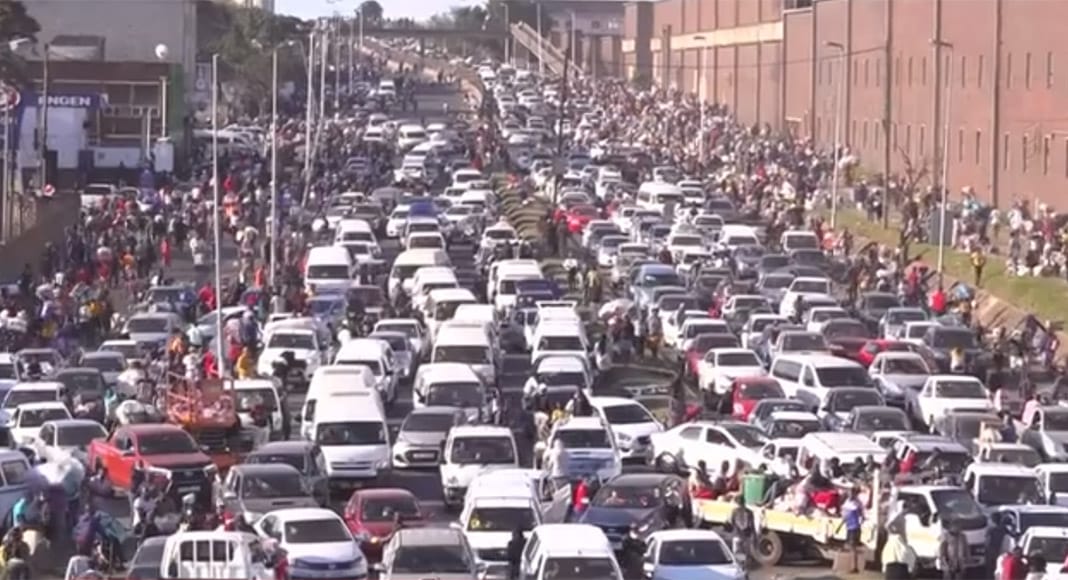 Portuguese consul in Johannesburg Vasco Pinto de Abreu was in Lisbon this weekend to report on the situation involving the 200,000 or so Portuguese nationals caught up in South Africa’s latest wave of violence.

He described himself as “shocked” by the “disinterest” and “lack of consideration” given to what is a sizable Portuguese overseas community.

“We are around 450,000 (in Africa)”, he explained, stressing that the lack of interest came not simply from the government, but the press and Portuguese society as a whole.

“Africa is in a complicated spiral, and sometimes the community feels abandoned because authorities do not contact us”, he said- explaining that reactions from the government and Portuguese embassy in South Africa only came five days after the violence and pillaging that erupted as a result of former president Jacob Zuma being jailed for failing to appear at a corruption inquiry.

Hundreds of businesses owned and run by Portuguese were ransacked in a week of lawlessness which is only now slowly being brought under control.

President Marcelo, currently on an official visit to Angola, expressed his concern over the situation last Friday, saying it was “a reality that is being accompanied by the Portuguese government”.

Two days before foreign minister Augusto Santos Silva had reiterated appeals to the Portuguese population in Johannesburg to ‘remain at home’ during the escalation of violence, and exercise “maximum caution and prudence”.

But clearly Mr Abreu de Pinto felt these manifestations were too little too late.

Indeed he said that he felt people in Portugal were more concerned over what was going on in Cuba (where citizens have been protesting against the Communist regime) while “we have compatriots seeing their lives destroyed, their businesses ransacked and no-one does a thing. That’s what irritates me most. It’s sad”.

Mr Pinto de Abreu gave his opinions in interview with Lusa before going into a meeting scheduled with Secretary of State for the Communities Berta Nunes.