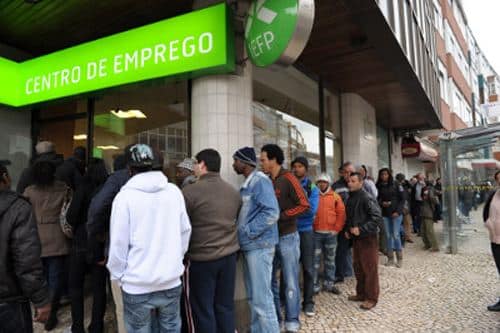 New Eurostat figures on unemployment show Portugal’s shockingly high levels are at last receding.
According to employment minister Pedro Mota Soares the latest 13.6% registered overall in September is clear indication that the government is on the right track.
“These numbers are frankly positive and give us hope and optimism,” he told a press conference.
Nonetheless, behind the 20th fall in as many months is the reality that thousands of jobless nationals are not entitled to unemployment benefit or indeed any social benefits at all.
Earlier this month, Eurostat revealed that while 318,000 Portuguese received unemployment benefit last August, more than 406,000 found themselves no longer entitled to dole payments.
Added to this (little-publicised) fact is the truth that Portugal’s unemployment runs at 4% above the European average – with over 35% of young people still unable to find a job.