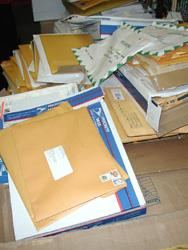 I SUPPOSE it was inevitable. The UK government – and particularly its leader, Tony Blair – has been determined to take an historically rare opportunity of getting enough radical legislation through parliament to leave its indelible mark on the British way of life. Even Margaret Thatcher, during her three terms in office and despite the debacle of the Poll Tax, failed to do this.

The latest legacy of Blair’s nine years in office so far is the total ban on smoking in public, which is due to come into effect in the summer of 2007. Not immediately, you will notice, as that would create an enormous hole in the treasury’s tax revenue account. No, in some 15 months time, during which the Chancellor of the Exchequer, Gordon Brown, can find alternative ways to plug the gap and also to ensure there is insufficient time in the life of the present parliament to overturn or water down the ban.

The government has justified its move by producing all the medical evidence available on the dangers of smoking and, despite efforts by some MPs and members of the cabinet to exclude private clubs from the legislation, on the grounds of it infringing civil liberties, these arguments proved overwhelming. However, there was finally a shift in opinion to include those who worked in such clubs on the grounds that they were entitled to receive equal protection.

The biggest sector to be affected will, of course, be pubs and bars. We’re told that over 70 per cent of the population supports a complete ban but only a small fraction of that percentage actually uses such places regularly. There will be a considerable effect on the British way of life, although maybe not in city centres, where voluntary partial bans have been in operation for some time. It will be in rural and working-class areas where the ban will be most felt. There, a visit to ‘the local’ is, for some people, their only social contact with the outside world.

Since he came to power in 1997, Tony Blair has managed to push through a number of measures which met with the approval of the hard socialist core of the Labour party – principally the removal of most hereditary peers from the House of Lords and the ban on fox-hunting. These have been major sops to members of the party’s left wing, who are currently fighting more radical legislation affecting those two ‘sacred cows’ – free health and education.

The government is trying to involve the private sector much more in both spheres, particularly as this would allow improvements and expansion without further raising taxes. Labour needs a really healthy economy if it is to stand any chance of winning a fourth consecutive term in office at the next election – probably in 2009.

By then, Tony Blair will most likely have handed over the premiership to the present Chancellor, Gordon Brown, whose hand can already be clearly seen in some of the current decision-making. The party should then be in a good position to take on the challenge from the Conservatives, who are trying to convince the electorate that they are worthy of its trust once again and that their new youthful and supposedly charismatic leader, David Cameron, has some new attractive policies, which are not just a continuation or modification of those hijacked by New Labour since 1997.

That leaves the Liberal Democrats, who are still in considerable disarray following the departure of leader Charles Kennedy with a drink problem and admissions of homosexual experiences by two of his three potential heirs – both seemingly happily married. Only the third, the veteran Sir Menzies Campbell, looks likely to take over the leadership now and that, surely, can only be in a temporary capacity. His first job would be to arrest the decline in the party’s fortunes and restore it as a plausible alternative to the two main parties. Given those two sets of circumstances, there might be a real battle to decide who takes Britain into the next decade.

If, by chance, any of my friends in Portugal might be wondering why I have not replied to a letter sent long ago or thanked for a Christmas gift, I should like to draw their attention to the following news headline – Post woman stole 110,000 letters.

As unbelievable as it may seem, 31-year-old Lisa Harvey, who worked for the Royal Mail here in my present home city of Plymouth, stole these items – both letters and parcels – while she was employed as a postal worker between October 1999 and July 2005. They were all discovered in her two bedroom house, where she lived alone. It took a seven ton truck and a large van to carry the haul back to the sorting office where, with much of it unopened, officials began the task of delivering it. Among the items were tens of thousands of court summonses and bailiff letters. One man received 75 items of mail, including business and personal letters, medical appointment confirmations and an undertaker’s bill for the funeral of a member of his family.

Post Office officials have been unable to establish a motive for the theft, although Ms. Harvey stated in court that she had acted out of curiosity. While medical and social service reports are being prepared, it has emerged that she unexpectedly gave birth to a three kilogramme (seven pound, two ounce) baby daughter four years ago, without realising that she was pregnant.