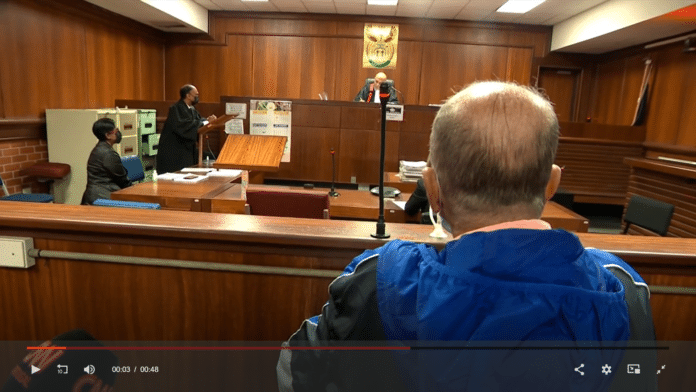 Due to appear in court in South Africa on Friday – for a first extradition hearing – jailed Portuguese former ‘bankster’ João Rendeiro is determined to fight every step of the way.

His lawyer June Marks has told Expresso that it is “legally impossible for a Portuguese sentence to be executed in South Africa”.

On that basis, if she can overturn the extradition case “Rendeiro is free and there is no jail term”.

The 70-year-old ‘fugitive from Portuguese justice’ – captured early one morning last month (click here) – faces the prospect of three separate jail terms in Portugal (all for crimes committed in connection with the failure of BPP, the bank he used to run and for which he has been found guilty of various corrupt practices).

Mr Rendeiro has repeatedly  insisted that he will not be returning to Portugal. In other words, June Marks has her work set out for her.

According to reports, she has already written to South African president Cyril Ramaphosa, and the country’s  justice minister Ronald Lamola, identifying “various errors in the process that led to the detention and temporary imprisonment” of João Rendeiro (click here).

“My instructions are for me to oppose extradition, even using our constitutional court”, Ms Marks told Expresso, which added that the lawyer “made a point of saying the whole process could take years, due to the possibility of multiple appeals available”.

Portugal has said it will be dispatching a ‘team of magistrates’ to South Africa to help colleagues with the extradition proceedings.

It seems likely she will be making an application contesting the involvement of the Portuguese magistrates. “We will oppose any illegal and unconstitutional actions, including attempts to usurp the role of the NPA”, Ms Marks told Expresso.

Meantime, João Rendeiro is described as suffering from a heart problem contracted through a bout of rheumatic fever at Westville Prison – one of the largest prisons in South Africa.

The prison doctor has visited him, and is described as “preoccupied with the conditions in the hospital and the tuberculosis prevalent in South African jails which could make (João Rendeiro’s condition) worse”.