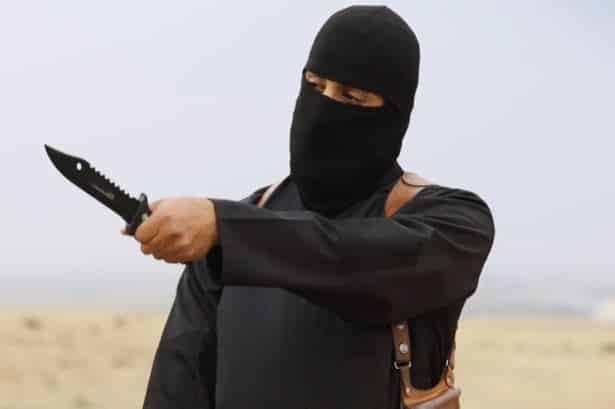 New questions are being asked in the British parliament following a Sunday Times report that the IS executioner dubbed Jihadi John travelled, apparently freely, to Lisbon in 2011 with two men linked to Al-Qaeda.

The reason for the three-day trip appears to have been to “obtain finance” for the jihadi cause in Syria, writes Correio da Manhã today.

The men were apparently “accompanied and rigorously monitored by Portuguese authorities”, with the new Minister for Internal Administration Constança Urbano de Sousa assuring the paper that, in those days, “the individual known as Jihadi John did not pose the degree of threat” that he later became notorious for.

But all the same, questions in Britain centre on how the man whose real name was Mohammed Emwazi was able to leave the country when he was known to both MI5 and counterterrorist police.

Emwazi’s companions on the trip were two suspected terrorists who had been released from Guantanamo Bay in the US. Thus, the Sunday Times colour supplement reports suggests there should be “greater scrutiny of the activities” of these former detainees – particularly as “many of those held without charge in the US prison camp were awarded compensation of up to £1 million each after their release”.

As to the ‘meeting’ the trio is understood to have had in Lisbon, this appears to have been with an opponent of the regime of the Syrian president Bashar al-Assad.

Portuguese authorities have pooh-poohed any suggestions that the men could have been planning an attack in Portugal, or recruiting potential extremists.

But the truth is that the 15 Portuguese passport holders known to be fighting with IS all originated from the Sintra region (not far from Lisbon) where a safe house is known to have harboured jihadi fighters leaving the UK bound for Syria.
It was the Sunday Times who first exposed the Sintra-link and described Portugal as a stop-off point for extremists trying to enter Syria.

The story involved recruits taking flights from Lisbon to Turkey, and then making the rest of the journey by road.

Emwazi has since been killed in a US drone strike, and at least four of the Portuguese passport holders fighting in Syria are also believed to have been killed.