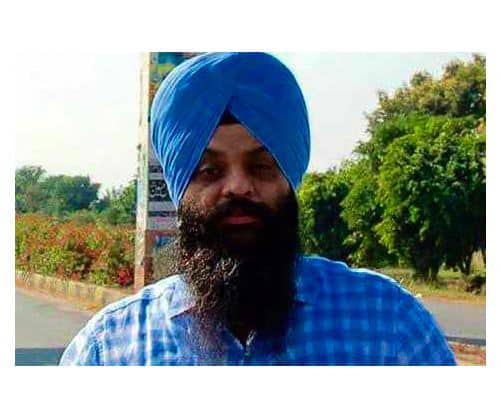 Portugal’s justice minister Francisca van Dunem is to decide the fate of the father-of-four arrested in the Algarve just before Christmas on so-called terror charges.

Lawyers defending father-of-four Paramjeet Singh claim the delivery driver granted political asylum by Britain 15 years ago is not only innocent of all charges, but the victim of a politically-motivated plot.

The fight to save him from extradition to India has mobilised Sikhs throughout the world, British MPs, Euro MPs, human rights organisations and even seen the UK’s Labour leader Jeremy Corbyn make a direct appeal to Portuguese prime minister António Costa.

But for reasons not immediately clear, it has been almost completely ignored by mainstream media.

Nonetheless, Sikhs for Justice, the group defending Mr Singh, have for now rebuffed the police team sent over from India last weekend to take him into custody.

The case is now being referred to van Dunem who has 20 days to decide whether extradition should go ahead.

Meantime, 42-year-old Singh has been returned to Braga jail.

Said his lawyer Gurpatwant Singh on Wednesday: “We will not allow India’s economic power to scuttle the judicial process in Portugal.”

On Tuesday, the Resident learnt that Portuguese politicians have also entered the battle to save Mr Singh from extradition.

As campaigners have stressed in previous stories on this extradition battle, the treatment of Sikhs in their home country has seen genocides that never received proper coverage overseas.

India’s record for human rights is notorious, and even prime minister Narendra Modi has been denied a diplomatic visa on the basis of “a comprehensive failure on the part of the state government to control the persistent violation of rights of life, liberty, equality and dignity of the people” (by the United States, in 2005).

Intriguingly, Gurpatwant Singh is the same lawyer behind a lawsuit against Modi and the Indian government over the deaths of thousands of Hindus and Muslims in riots in the state of Gujarat in 2002.