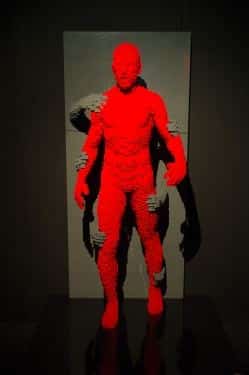 A dog lover could face jail if deemed to be giving her pedigree pets their “walkies” too slowly following a judge’s verdict on a bitter neighbours dispute.

Farmer Linda Jefferies, 61, from Essex in the UK is the devoted owner of a Hungarian Komonder and a Bouvier de Flandres. She has for years been embroiled in a dispute with her neighbour, Pauline Robb, 54.

The animosity between them led to a court hearing that resulted in Jefferies being handed an injunction under the Protection from Harrassment Act after a judge found she had been using the path for “snooping” on Robb and her husband.

The order stipulates that Jefferies must “move along at a reasonable speed” when using the disputed path – or face a maximum penalty of a £5,000 fine or six months’ imprisonment.

Jefferies fought that injunction, complaining that she is “having her dog-walking activities unfairly scrutinised”. Jefferies had her appeal dismissed and was ordered to pay the case’s legal costs.

She said after the hearing: “I await confirmation of a diagnosis of Farmer’s Lung, so the speed that I walk my dogs across the two public footpaths and on my right of way that crosses Robb’s land will no doubt slacken in the future and I risk the prospect of being guilty of an offence and may be sent to prison.”