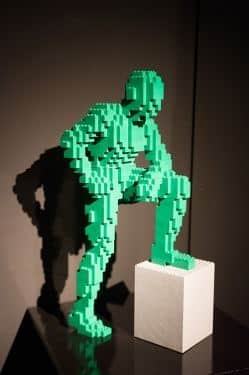 A reduction of IVA in the restaurant and golf industries is out of the question, said the Secretary of State for Tourism, responding to widespread criticism from the tourism sector.

Speaking to SOL newspaper, Cecília Meireles said this wasn’t the time to be lowering taxes but to cut back on expenditure. “I understand the discontent this measure (to increase IVA in two important areas for tourism) has caused, however, it is important to remember that the government has signed an agreement (with the troika), in which a certain amount of revenue originating from this alteration to IVA is expected,” she said.

“The Portuguese must understand that this isn’t the time to be talking about reducing taxes.”

Frustrated about this lack of vision, Elidérico Viegas from the Algarve Hotels and Resorts Association (AHETA) believes the government has become “a prisoner of severe austerity policies” and is failing to implement wealth-generating strategies that lead to economic growth – tourism is pivotal in this exercise. In August, the AHETA president told the Algarve Resident: “If you want to improve a destination’s competitiveness, you don’t increase IVA in its main tourist industries – golf and restaurants.”

In a bid to encourage tourism-related businesses to remain positive, the Secretary of State for Tourism was keen to point out that, although some hotel and real estate groups were falling into the hands of banks, “the vast majority of companies were performing well”.

“This (tourism) isn’t a sector facing difficulties,” Cecília Meireles said, adding that many support mechanisms were now in place, through the National Strategic Reference Framework (QREN) and other financing solutions established between Turismo de Portugal and the banks (see box).

“Building more hotels or properties is no longer a priority. Now, the focus is on rehabilitation and redevelopment,” she said, highlighting the fact that hotels were being built at a faster pace than tourist numbers were growing.

On Wednesday, the association of hotels, restaurants and related businesses in Portugal (AHRESP) presented the results of an independent study that concluded that 99,000 jobs would be lost by the end of 2013 if IVA in the restaurant sector remained at 23%.

In a statement to the press, the AHRESP warned that business volume next year in the sector would fall by €1.7 billion, 39,000 businesses would close their doors and the Social Security would see its expenditure increase by €550 million.

However, if IVA was reduced to 13%, as before, this would represent an income of €854 million for the State. These were the conclusions of an independent study by PricewaterhouseCoopers (PwC) and the Sociedade de Advogados Espanha & Associados.

New financial solutions for businesses in the tourism sector are being presented by Turismo de Portugal and the Algarve Tourism Board on October 10 in Faro.

The event will be an opportunity to learn about the financial opportunities available to tourism businesses. These include the EU funded incentives system (QREN), risk capital funds and new credit access mechanisms.

The seminar will be held at the Turismo do Algarve Auditorium from 9.30am. Entrance is free, however advance registration is required.