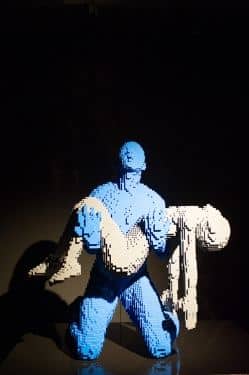 Talented brothers Tiago and Bruno Inácio, together with keyboard player Yvonne White and guitarist Roger Guppy, provide the music that gives the Algarve Rock Choir an edge over other rock choirs.

The boys, who live in Loulé, were persuaded to join the choir in January by their guitar tutor and the choir’s director of music, Howard Scott Parkin. Although the members of the choir are all considerably older than the brothers, Tiago and Bruno don’t see that as a problem.

“It’s a great choir,” said Tiago. “We don’t notice the age difference as it’s so much fun.”

The choir includes people from eight different countries and Tiago says he enjoys the community feeling he gets from singing with such a diverse range of nationalities and, as he says, “it’s the music that counts”.

The brothers started learning guitar a little over five years ago and, according to Howard, are two of the most talented players he has come across.

Tiago, 18, who also plays piano, is hoping to go to University in Lisbon to study music in October, while Bruno, 16, who plays six string and bass guitar, is a student at the Duarte Pacheco Secondary School in Loulé.