Portugal Resident
Home Society Opinion It’s not all about tennis in SW19! 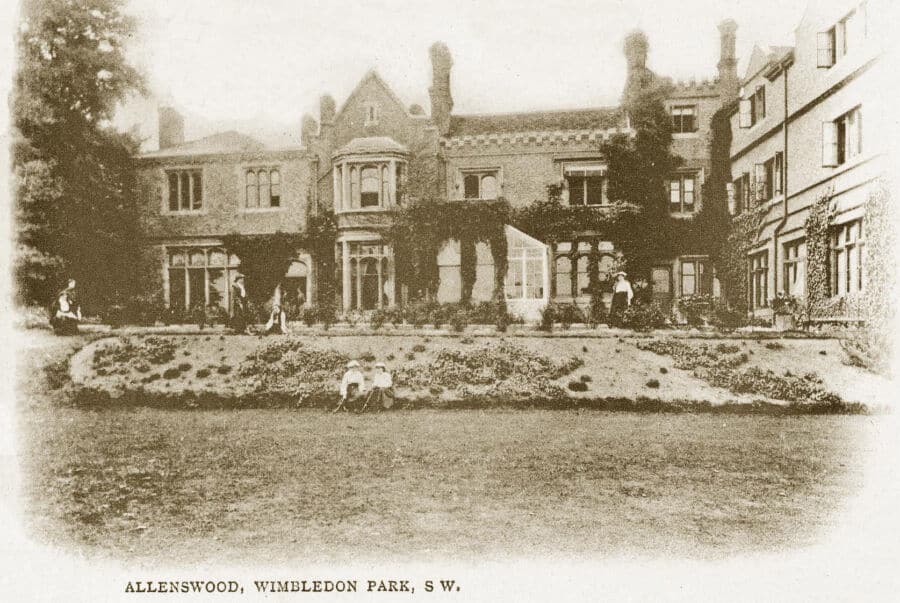 Leafy Wimbledon in South West London is home to your columnist but is, of course, most famous for the annual All England Lawn Tennis Championships. But there is a lot more to this place than strawberries and cream and Roger Federer!

A local independent councillor, MALCOLM GRIMSTON is an expert on the history of the area and particularly some of the famous and colourful characters who have lived there. This month, he provides London Calling readers with a fascinating tale … Richard Lamberth

■ ■ ■ ■ ■ ■ ■ ■ ■ ■ ■ ■ ■ ■ ■ ■ ■ ■ ■ ■
Five years ago, I was chatting about some leaking pipes with a resident of Albert Drive when he said, “Did you know Eleanor Roosevelt used to live next door?” My reaction was ‘no’, but I rather felt that I should, having represented the area on Wandsworth Council for over 20 years! He kindly pointed me towards annotated maps of the area in 1868 and 1913, and my fascination with the history of this part of London began.

My main sources of data have been the internet (of course), the minutes of meetings of Wandsworth Council in its various guises over the last 150 years or so, the Borough’s excellent Heritage Service and word of mouth.

The area known broadly as Wimbledon Park was part of the Manor of Wimbledon for many centuries, owned largely by the Crown and royal associates. In what is now Smithwood Close, for example, there is an oak tree under which, legend has it, a bereaved Catherine Parr (who owned the Manor for a time) would sit bewailing the loss of her husband, Henry VIII.

In 1723, Lady (Sarah) Churchill, widow of the great soldier the Duke of Marlborough, bought the whole area, some 1,200 acres, from her then friend Queen Anne for £15,000 (about £3 million in today’s money). On her death, it passed to her grandson, John Spencer, and thence to his son, also John, the first Earl Spencer.

The Spencer/Churchill family was one of the richest in England; descendants include Sir Winston Churchill and Lady Diana Spencer, Princess of Wales. Earl Spencer employed famous landscape gardener Lancelot ‘Capability’ Brown to redesign the Park – much of his work, notably the lake, can still be seen today.

Spencer’s son George, second Earl, was something of a gambler and when the estate passed to the fourth Earl, Frederick, in 1845, the family finances were in quite a state. The land was sold to John Augustus Beaumont, owner of an insurance company, whose vision was to make the area a site for villa dwellers which “would have no rival in England”. New roads were built, and the land was packaged into plots of several acres which were sold for substantial houses with spacious gardens.

Covenants prevented any development within 30 feet of major roads or the carrying out of “any trade or business being set up or carried on or any tavern, hotel, tea gardens, inn, beershop or other shops of any kind to be opened or any goods or wares to be exposed for sale thereon”.

Beaumont’s new villas, sadly almost all lost now, housed royals and nobles, politicians and engineers, artists and musicians, medics and businessmen, archaeologists and hoteliers, military men and lawyers, bankers and churchmen, writers, brewers – quite a lot of brewers – estate agents (inevitably) and even the odd rogue.

Among notable inhabitants were George Robert Stephenson, who inherited and ran the railway company of his uncle George and cousin Robert; Lord Morley, a major figure in the government of Gladstone; the Duc de Vendôme, great grandson of King Louis Philippe of France, and his wife Henriette, sister of King Albert of Belgium; and Edwin Saunders, Queen Victoria’s dentist (responsible for establishing dentistry as a distinct profession). Celebrated architect Edwin Landseer Lutyens was at school in Inner Park Road; Whistler’s Mother was a regular visitor to her niece Mary on Park Side. But the resident who was to become most famous was the young Winston Churchill, who lived at Beech Lodge with his parents for a few months when he was eight years old. It was making this discovery that persuaded me there was a book in all of this!

The villas largely survived until after the Second World War, though most lost much of their gardens to new housing. However, bomb damage, the critical need for social housing in London and the virtual disappearance of large well-to-do families led to their rapid demise.

London County Council and Wandsworth Metropolitan Borough Council bought up most of the villas and their remaining gardens and demolished them to make way for the great post-War housing estates.

West Hill Ward boasts the first Council tower block in London – Oatlands Court on Park Side – and the Ackroydon Estate of which it is part won many awards for the imaginative way it was designed around the landscaping of the three villas (Ackroydon, The Grove and Devon Lawn) which it replaced.

Only three villas on Park Side have survived, including Edwin Saunders’s house Fairlawns, plus some slightly later houses in Inner Park Road, one of which, Westmoreland Lodge, housed Clare Claremont, mistress of Lord Byron and stepsister of Mary Shelley of Frankenstein fame.

The first West Hill Ward was created in 1949. One of its first Councillors, from 1953-1962, was John Tweedie-Smith, whom I had the enormous pleasure of meeting a couple of years ago. He had the unusual experience of having to sit out on a Housing Committee meeting (of which he was a member) in 1954 as the Council considered buying his family home, Edgecombe Hall, for a large housing estate. The Ward is now home to around 16,000 people.

Funnily enough, it has proved far easier to learn about the late 19th century than the late 20th century. In the villa years, there were very few, very large houses with distinctive names – Feldheim, Chivelston, Gayton Lodge, The Camels, Belmont House, Edgecombe Hall – whose owners tended to have left a mark on history. The names were also often more distinctive – if one searches for ‘Coventry Archer Woodhouse’ of Southmead, one can be pretty certain that anything that comes up is ‘your’ Coventry Archer Woodhouse. Searching the roads which grew up with the housing estates of more recent decades tends to yield page after page of house prices. Nonetheless, an impressive array of literary figures, politicians and others have continued to grace the area.

In 2017, I had enough to publish my book, West Hill and Wimbledon Park Side – Story of a Council Ward, which has sold around 800 copies locally. The work has not stopped, however – I now have enough material for a book perhaps twice its size. Several families of figures in the book have been in touch to enrich my knowledge and (very gently) point out my mistakes!

Oh, and Eleanor Roosevelt? One of the villas, Allenswood, had been built for a lawyer, Henry Hansler. In 1883, it was bought by Mlle Marie Souvestre, who had run a finishing school near Paris called Les Ruches for young ladies but had to leave after something of a scandalous falling-out with her deputy (and possibly lover) Caroline Dussaut. The school was recreated on Albert Road. All lessons were taught in French and the students had to take a walk on the Common every day whatever the weather, but for a time it was highly successful, attracting families such as the Lloyd Georges, the Chamberlains, the Stracheys and, from 1899-1902, Eleanor Roosevelt.

Her uncle became US President while she was there and it is thought she was visited by her fifth cousin Franklin who, of course, later became her husband. Eventually, the school fell on hard times – it left Allenswood, which was demolished to make way for the Wimbledon Park Estate, moving into a smaller house called Florys and closing in the 1950s.

All places will have their stories like this to tell – it is a joyful experience teasing them out! 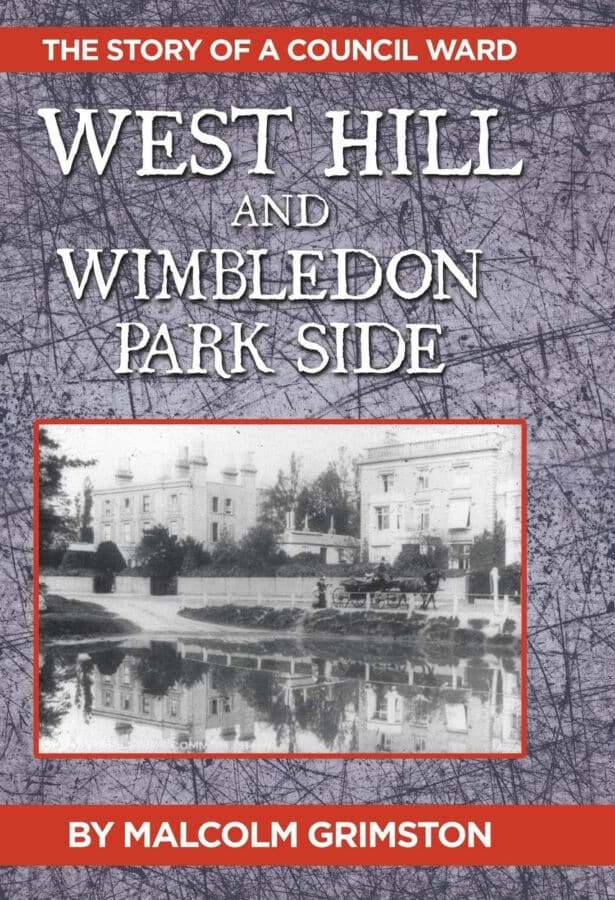